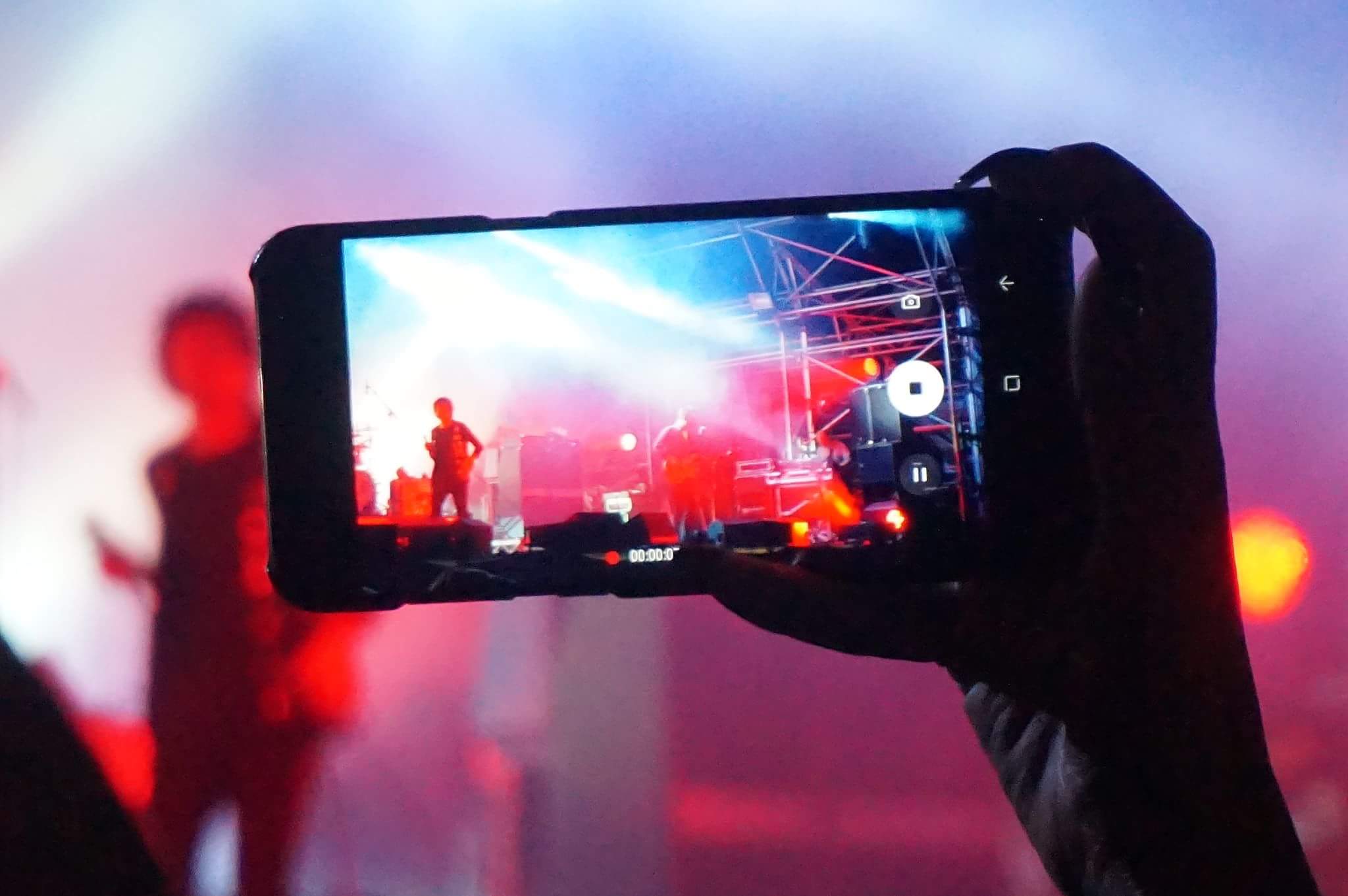 Since its beginning, Liverpool’s Sound City has evolved. No longer is it a small festival made up of multiple gigs in venues scattered across Liverpool’s centre. Now, the festival is an established event with a dedicated site, and for their third year as a one-site festival, the team at Sound City pulled out all the stops.

The mega lineup of artists meant there was always someone to see, whether one of the up-and-coming acts playing the Cavern Stage, or a headline favourite on the Atlantic Stage.

A move to the docks next door thanks to a new Everton ground gave the 10th Sound City a fresh feel – or for Saturday’s attendees, a dusty one. With the new site, fine-tuned technicals and an unbeatable lineup, Sound City entered a new league this year, and one that will be tough to top in 2018. Here’s a run-down of the very best acts that performed over the Saturday and Sunday.

Arriving on Saturday afternoon, one of the first acts we got to see set us up for the entire weekend, and were definitely tough ones to follow. Be Charlotte lit up the Baltic Stage with Scottish singing, bright hair and glittery outfits.

The Dundee-based band, fronted by Charlotte Brimner, captivated a filled-out tent from their first note, with ‘Drawing Windows’, ‘One Drop’ and ‘Machines That Breathe’ the stand-out songs that got you Youtubing as soon as you got home. Armed with floor drums and audience participation, this is an act you can’t afford to miss next time they’re in your home town.

Brighton-based four piece FUR were the next band to bring out both the melodies and the style. The band delivered a 60s indie sound to the Cavern Stage, and despite a broken guitar strap, played a memorable set enriched by frontman Murray’s dulcet tones.

While they’re very much a new band it was difficult to set them apart from the more experienced musicians that also graced the Sound City lineup. FUR‘s latest single ‘Trying’ is out now.

A change of tone came about from a trip to the Tim Peak’s Diner tent, with a performance by Queen Zee and the Sasstones, whose punk rock sound brought in a large and enthusiastic crowd to the colourfully decorated tent. It was easy to tell that the Liverpool-based band were at home on their own ground.

The intensity that seared from the four-piece allowed us to take a peek at the future of the UK’s next huge punk act.

The Magic Gang are a festival favourite year-on-year, so there was a packed tent and a sense of expectation in the run up to their arrival. The band certainly delivered with another popular performance.

The heavily anticipated performance from Slaves on the Atlantic Stage meant there were a lot of keen moshers ready to test out the sturdiness of their shoes and the fragility of their bones. Despite a couple of technical difficulties including a quiet mic and a cut out guitar, Isaac and Laurie were as energetic as ever, and  channelled the audiences’ chants of ‘OH Jeremy Corbyn’ as fuel for their politically-focused songs. ‘The Hunter’ was the favourite ingrained in everyone long after they finished, and definitely provided the perfect ending to a vigorous set.

Sound City’s Sunday lineup bragged even bigger and better names than those on Saturday, evident from the larger crowds and excessive chatter about The Cribs and The Kooks throughout the day. Luckily the wind died down and the dust stayed on the floor, in part due to a lack of Slaves mosh pits.

The first act we caught were The Sherlocks, who owned the Atlantic Stage like headliners. Opening with fan favourite ‘Last Night’, there remained a heavy crossover vibe of Courteeners and Arctic Monkeys throughout the set. Halfway through there was a slight change to a country-style for one song we didn’t catch the name of – luckily we’ll be able to hear it on their album, which will be out on 18th August.

After The Sherlocks, it was time to head to the Baltic Stage to see The Vryll Society, but not before catching the very tail end of what sounded like a great set from The Shimmer Band – definitely ones to check out next time they’re in the area.

Scousers The Vryll Society opened their set with their instantly recognisable psychedelic sound, starting with ‘Coshh’. It would be impossible to comment on their performance without showing admiration to the band’s bassist, whose confident and catchy bass-lines created a solid foundation for the lead guitarist’s adventurous riffs.

Sticking to the Baltic Stage, She Drew the Gun were up next. Another band of locals, the four piece from Liverpool are fronted by Louisa Roach, whose hypnotic melodies entice you in from their very opening bar. These were most recognisable in ‘Poem’, a live performance of which would be more likely to convince you to vote than Jeremy Paxman’s aggressive scrutinising ever will. 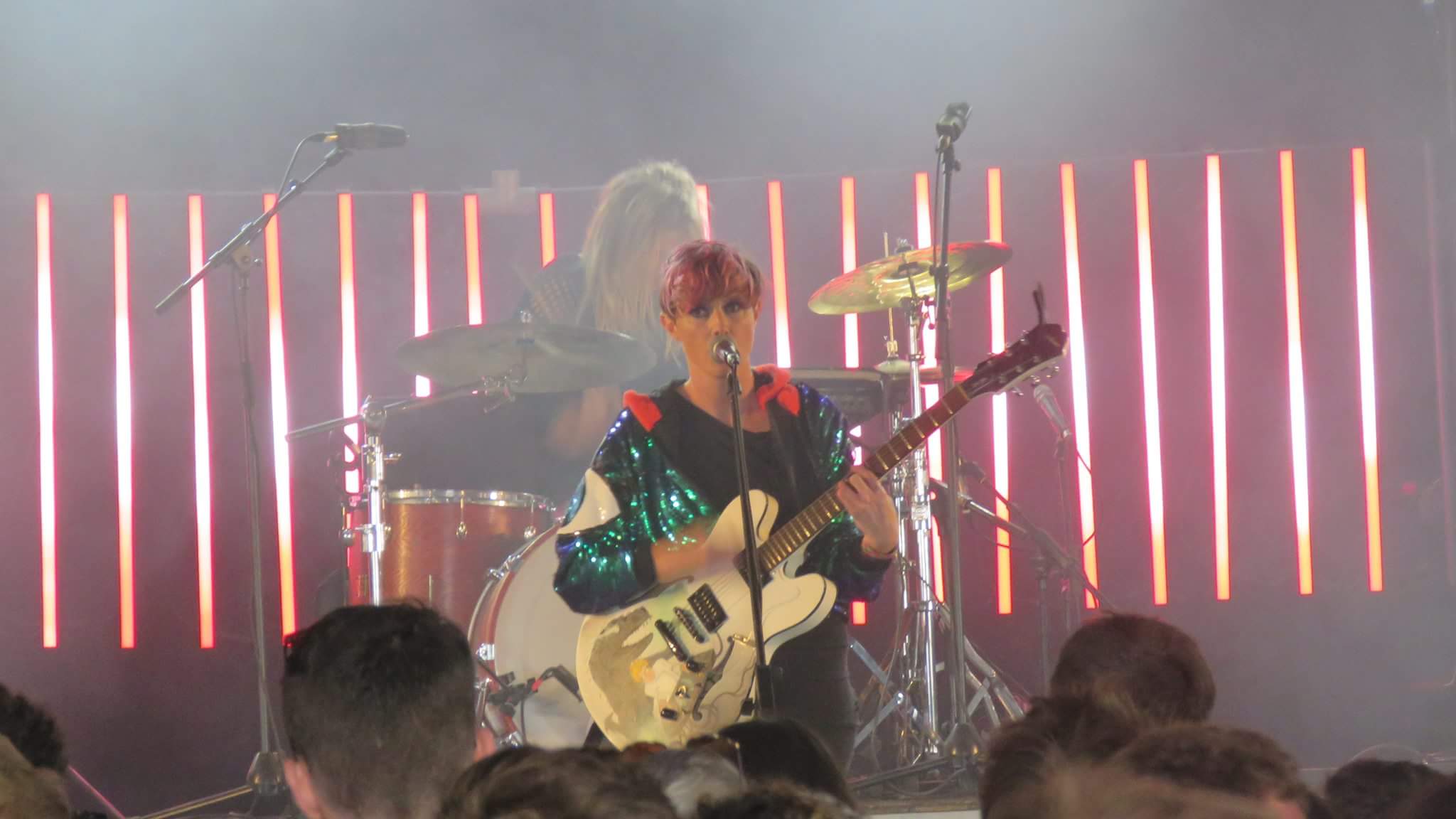 She Drew The Gun: Image by Anthony Wilde

After a late start to The Cribs set due to a minute silence in respect of Manchester, brothers Ryan, Gary and Ross Jarman performed to a full tent over on the Baltic Stage. ‘Bovine Public’, ‘Men’s Needs’ and ‘Mirror Kissers’ were among the songs that got the crowd singing the classics back, while Ryan’s acoustic performance of  ‘Shoot The Poets’ subdued the audience into a sway during the second half.

The band certainly looked older since the release of their first single ten years ago, a sign of a plenty of great gigs and a successful music career.

Rounding off the night were The Kooks, and what a way to end the weekend. Thousands of fans, confetti and frontman Luke Pritchard’s sparkly waistcoat were a recipe for one of the best indie performances you’ll ever see on the docks of Liverpool.

Luckily Sound City’s Atlantic Stage generators held up this year, allowing us to watch the four-piece uninterrupted – unfortunately the same couldn’t be said for Circa Waves and The Coral at Sound City 2016. All the classic The Kooks songs were performed to perfection, including ‘Ooh La’, ‘Shine On’ and of course the epic ‘Naive’ that ended the set on a high and left the audience prepped to board the festival’s shuttle bus and have a bank holiday night out in town. 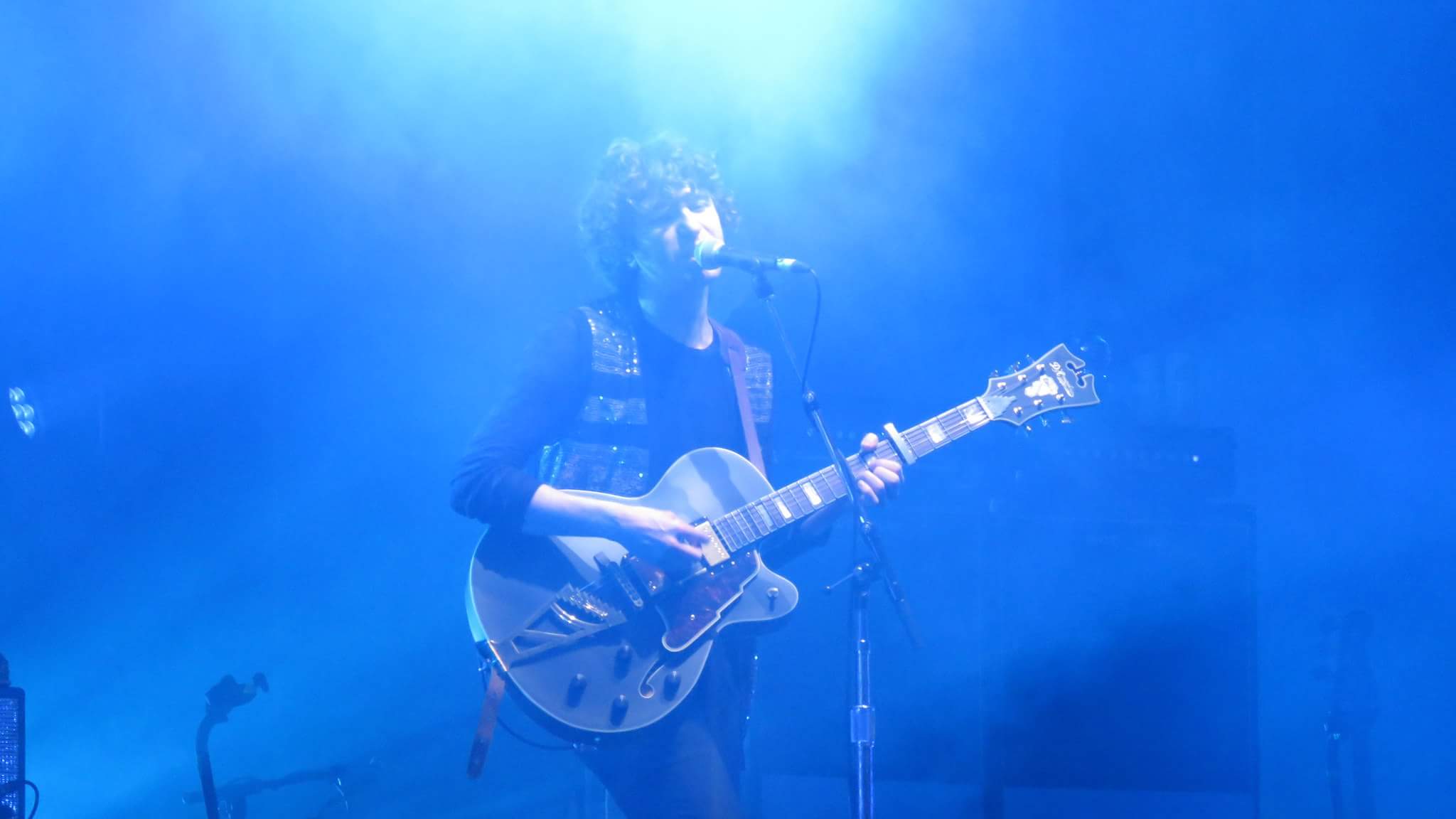 The Kooks: Image by Anthony Wilde

The only worry we have now is how the Sound City team will manage to get a better lineup it next year.

Were you at Sound City 2017? Send your pictures over to us on Twitter and tell us about your favourite act of the weekend!