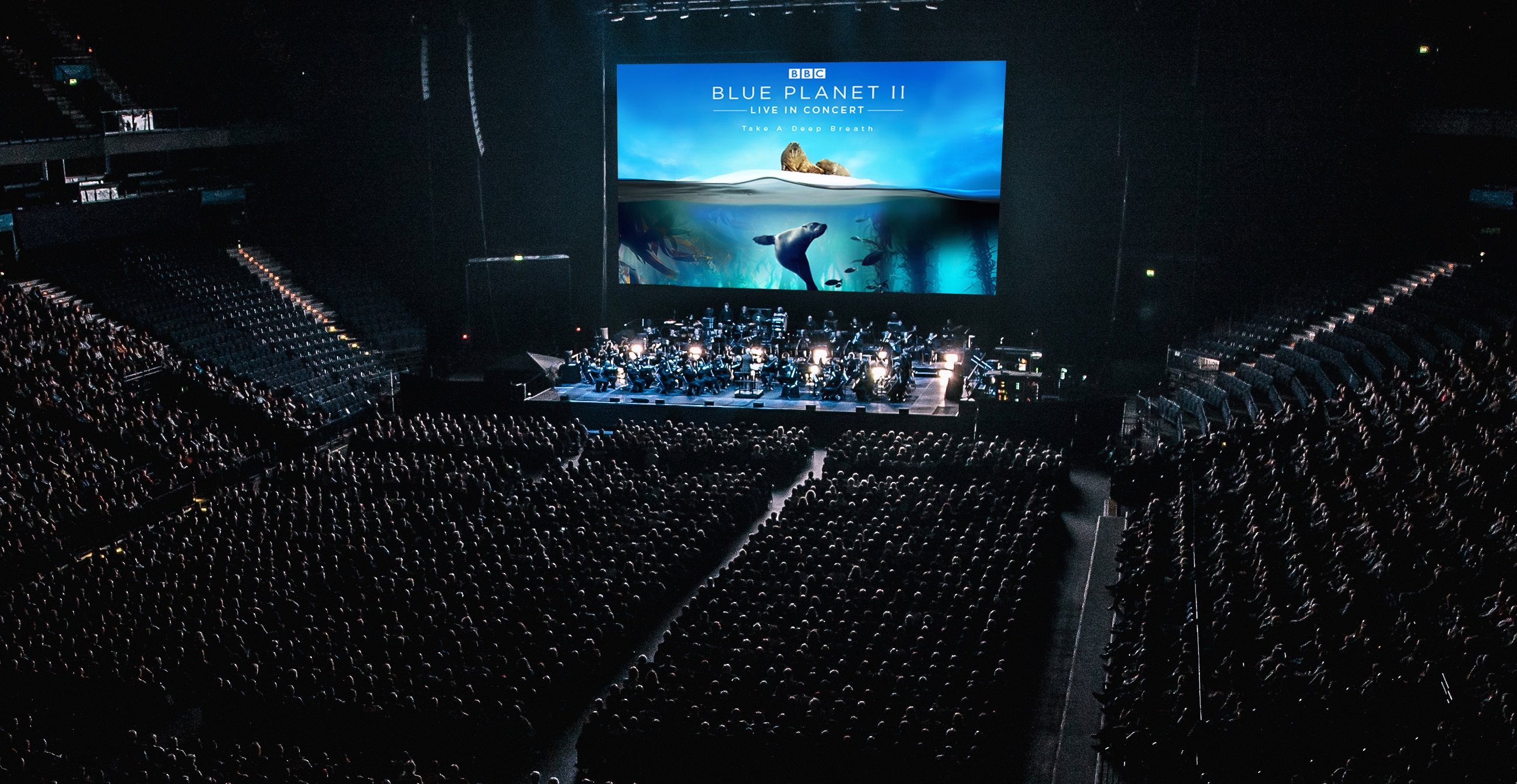 Ahead of a 13-date arena tour in March 2019, the City of Prague Philharmonic Orchestra, along with conductor Matthew Freeman, have been announced to provide the live accompaniment to the stunning visuals of Blue Planet II – Live In Concert.

Bringing the wonders and mysteries of the planet’s oceans and its inhabitants to the UK arena stage, Blue Planet II – Live In Concert will present a selection of incredible visuals from the BAFTA Award winning BBC One landmark series, highlighting the amazing natural wonders of our blue planet in breath-taking detail, projected on a giant state of the art 4K Ultra HD LED screen.

Accompanied by the original immersive music score by Bleeding Fingers Music, composed by Hans Zimmer, Jacob Shea and David Fleming, the concert will be performed live by the City of Prague Philharmonic Orchestra, and conducted by Matthew Freeman.

Hans Zimmer says of composing the music for Blue Planet II– “The idea is to depict the abundance of life as well as the movements and vibrations of the ocean. By using the orchestra in an unconventional way, we wanted to create ‘living’ chords that ebb and flow throughout the series”. (Hans Zimmer)

Matthew Freeman adds:“With the winning combination of a live symphony orchestra of 80 musicians and some of the most stunning underwater images ever seen, Blue Planet II Live in Concert brings together inspirational visuals with magnificent original music. It’s a moving experience and a privilege to conduct this unique concert.”(Matthew Freeman, Conductor, Blue Planet II Live In Concert)