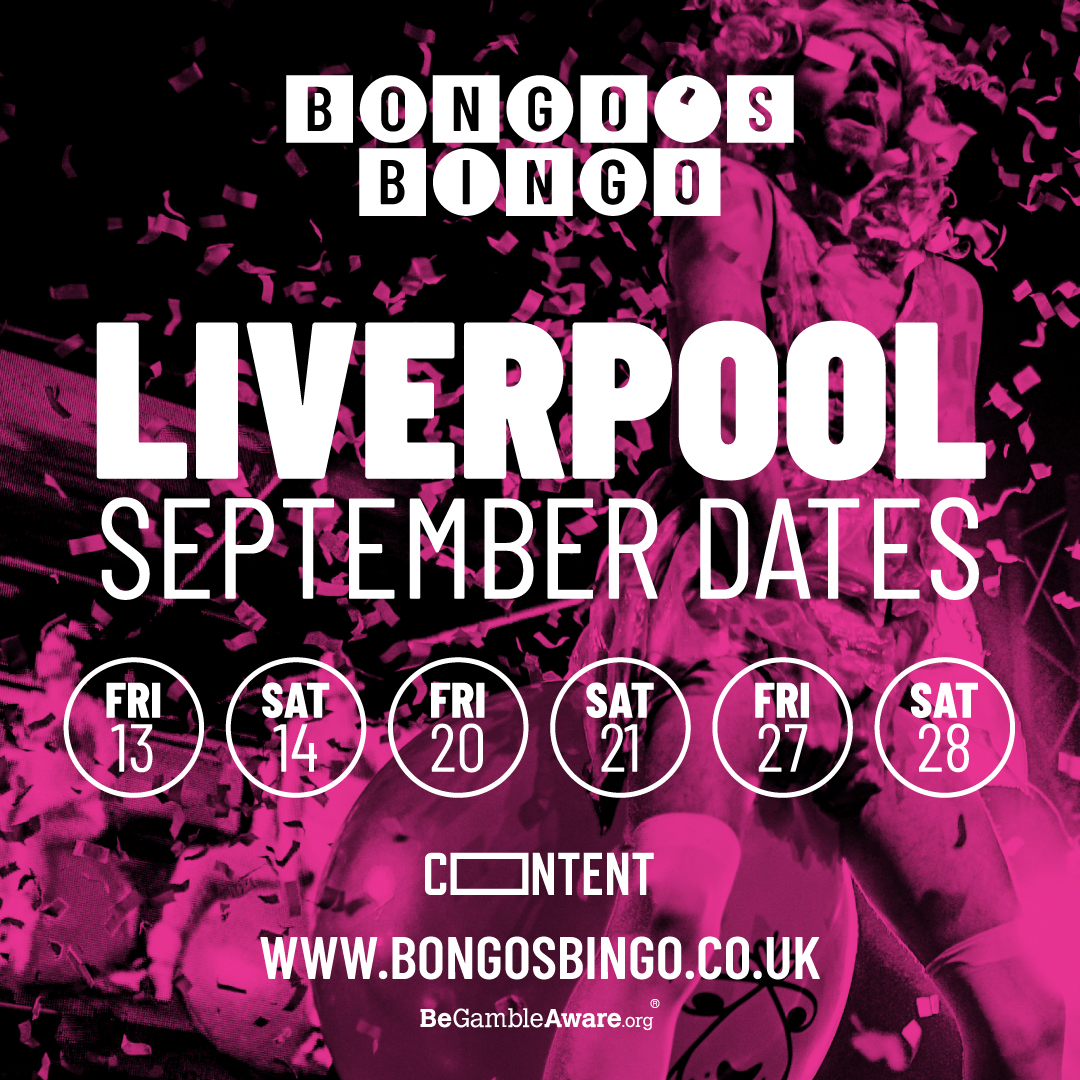 It’s no secret that Bongo’s Bingo have been causing a stir on the Liverpool nightlife scene over the past few years and that certainly isn’t going to change anytime soon.

With plans to move into their new home in the city, Content, this August, the homegrown bingo rave phenomenon have now released the next wave of dates spread over two months.

In one of their biggest Liverpool tickets releases yet, Bongo’s Bingo are putting on sale 13 shows spanning from September and October.

Tickets are set to go on sale from 6pm Monday 1st July and the dates are as follows: September 13th,14th, 20th, 21st, 27th and 28th, then October 4th, 5th, 11th, 12th, 18th, 25th and 26th. All shows moving forward will be changing to Friday and Saturday nights at Content, making Bongo Thursdays a thing of the past with the action firmly focused on the weekend.

Tickets are live from 6pm today at: https://www.bongosbingo.co.uk/city/59/liverpool-aug-to-oct/

Content is the brand-new state of the art purpose-built event space located in Cains Brewery ViIlage. The venue will be a multi-purpose area for based around the philosophy of Music, Arts, Drinking and Eating (MADE), with a wide range of vibrant music, arts, culture and charity and community-led programming. The opening weekend with Kelis on Fri 9th and Saturday 10th August heralds a new chapter for Bongo’s Bingo in its new home.

All of the Liverpool shows will be hosted by the irrepressible Jonny Bongo who founded the company with his business partner, Joshua Burke, back in 2015. Since launching, the revolutionary Bongo’s Bingo have taken their inclusive, experiential and immersive event all over the world, causing chaos and bedlam in everywhere from Australia, Ibiza and Dubai to all over the UK.