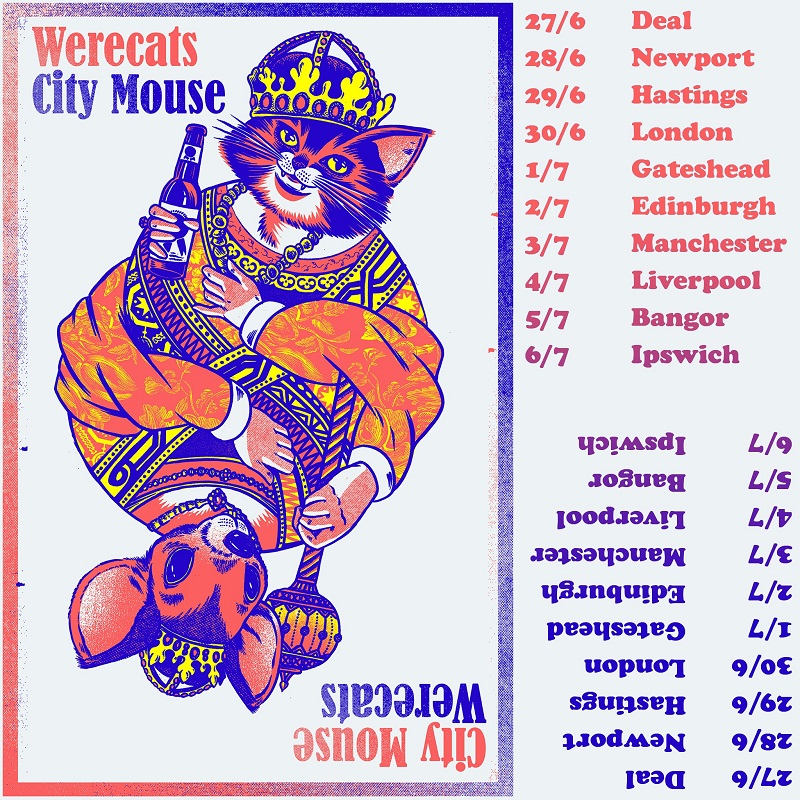 Here’s one not to miss if you like your music pop punked and loud. 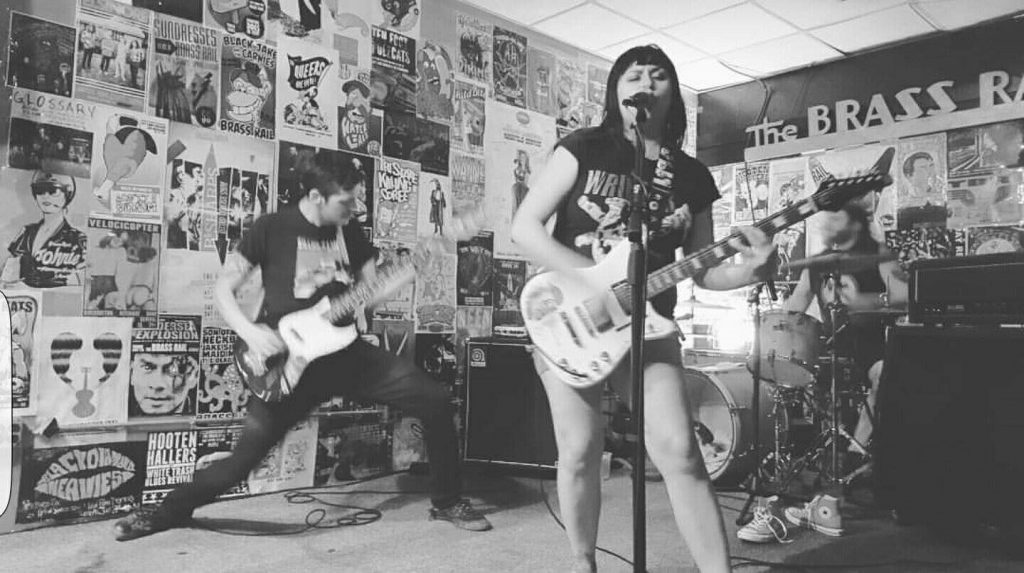 Werecats: Spinning punk rock tales from the underside of life on the mean streets of South London, Werecats specialise in 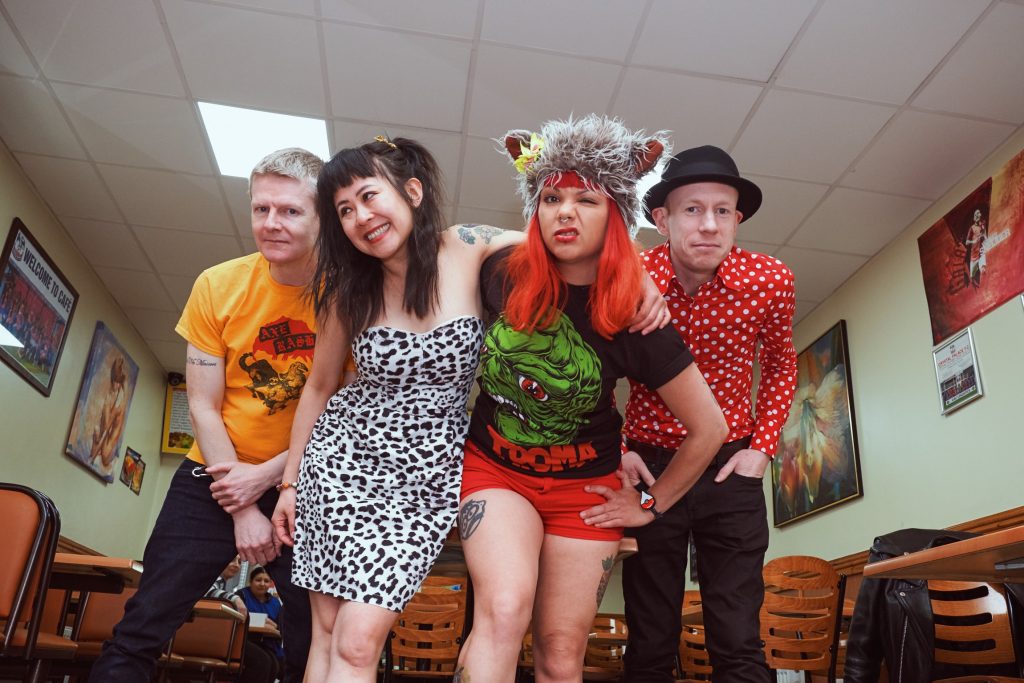 hooky and harmony-ridden slices of garage-inflected punk rock. Having sharpened their skills (and claws) on stages from Plymouth to Glasgow, their debut album conjures up catchy, punky powerpop odes to werewolves, dogs, zombies and a cherished catmobile.