Go!Zilla are a 3 piece psych-punk band from Florence, Italy. They formed  in 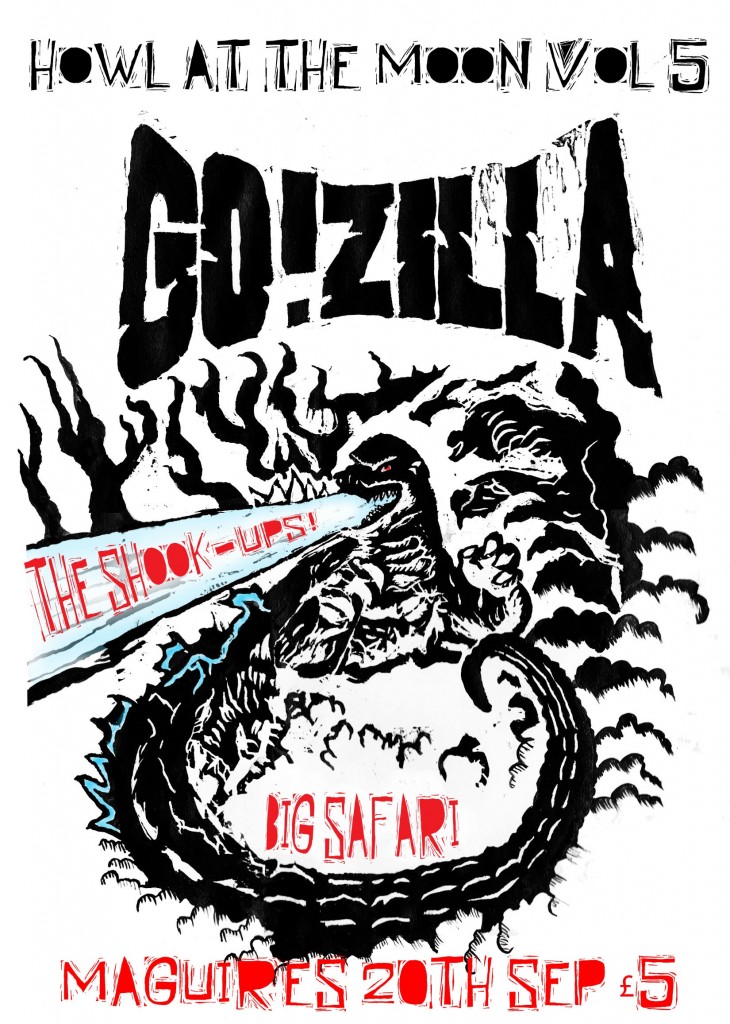 2012 as a two piece and have toured constantly since then. They have played Paris Psych festival and Primavera. They have played with garage rock legends The Sonics and the garage band du jour, Thee Oh Sees. They gig Liverpool for the third time in two years, Go!Zilla play with The Shook-ups! and Big Safari on 20th September at Maguires. We caught up with the chaps and had a little chat.

How many gigs have you played, do you reckon? You seem to have spent the whole of 2014 on the road.

We played around 300 shows in 2 years of Go!zilla. It’s  the most beautiful part of the music scene: touring.

You played gigs in Mexico, how was that?

A blog in Mexico got interested in us then the Marvin Festival presented an offer that “we couldn’t refuse”. Crazy people, a different culture but similar to Italians actually, Latinos are awesome and they love rock N roll. It’s a great festival with a lot of diverse stuff on there, Daniel Johnston headlined and some hip indie stuff like The Growlers but there were punk bands, dub bands and DJs too.

Binic festival in Brittany, it’s labeled as a blues and folk festival, but there’s all kinds of underground stuff on there and the spirit is very punk rock.  We played for a bunch of thousands, crazy, beautiful French people, we sold out the merch right after. We love France and France loves us.

You started as a two piece. Why? Why not go for a regular 4 piece band? How has it changed becoming a 3 piece?

It was easier to travel and we got some more money..so it was a perfect start..now the band is complete. We are more powerful on stage, more interesting when we record and 3 pieces is the perfect number for rock N roll bands.

You’re probably too young to remember being in a band pre-internet. Would you prefer to have been in a band 20 years ago when there were more record stores and music magazines? Or do you think blogs and downloads help smaller bands?

There’s a lot of competition, I remember well the first myspace period, that was good for upcoming bands. Now, if you’re smart, through the internet you can build your own fan base and create tours with not much efforts, but you have to struggle anyway, music ain’t easy.

One of the positives of the digital age is videos, they used to cost a fortune and no-one saw them.  You’ve done 3 video for tracks off the album and they’re up there on youtube. Who have you worked with for these?

First two were shoot by a friend of us, Carlo Moretti, a guy from Rome. Now we opened a new collaboration with Erika Baruffaldi, she’s great. She participated at Cannes film festival.

Who puts your records out? How does that work for a band in 2014? Do you sell more through the internet or through touring?

Black candy in Italy, Beast records in France, Fleak records in Japan. We definitely sell more live cause we’ve been playing intensely for 2 years but internet is going well anyway. It’s always good to have more labels working together to get a bigger network around the band.

You sing in English rather than Italian. Why?  Do any 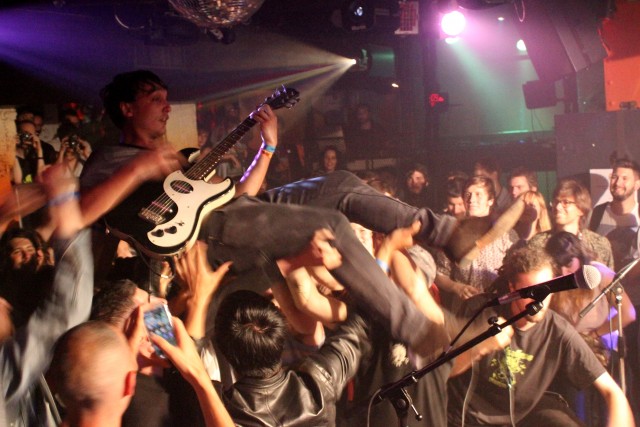 Because we want to be international, simply. A lot of good bands in Italy but I’d rather say that the best are singing in English. Italian language doesn’t work well, in my opinion, for underground music.

What is “Psych-Garage Punk”? I always had “psych” or Psychedelic music as being hippy shit, but obviously not.

Because we wanted to let people understand that we are rock N roll with an interest in modern psychedelia and that the sound is acid, evil ahahha.  Is a bullshit but better than just saying we are rock N roll, too easy.

What do you think of the recent popularity of “psych” music? It seems to be a very broad description, but it has been great to bring together things like the Paris Psych fest and the Liverpool Intl Fest.

It’s always good when you create festivals around a certain style of music, we played the Paris one, great atmosphere we really smashed it, 400/500 people stuck in a small room. Crazy show, the only rock N roll one of  the festival.

Your record sounds great, very basic, very direct. How do you record? Live? track by track?

Go!Zilla play with The Shook-ups! and Big Safari on 20th September at Maguires. Check out the Facebook event page for further details HERE

A Chat With Thomas Truax