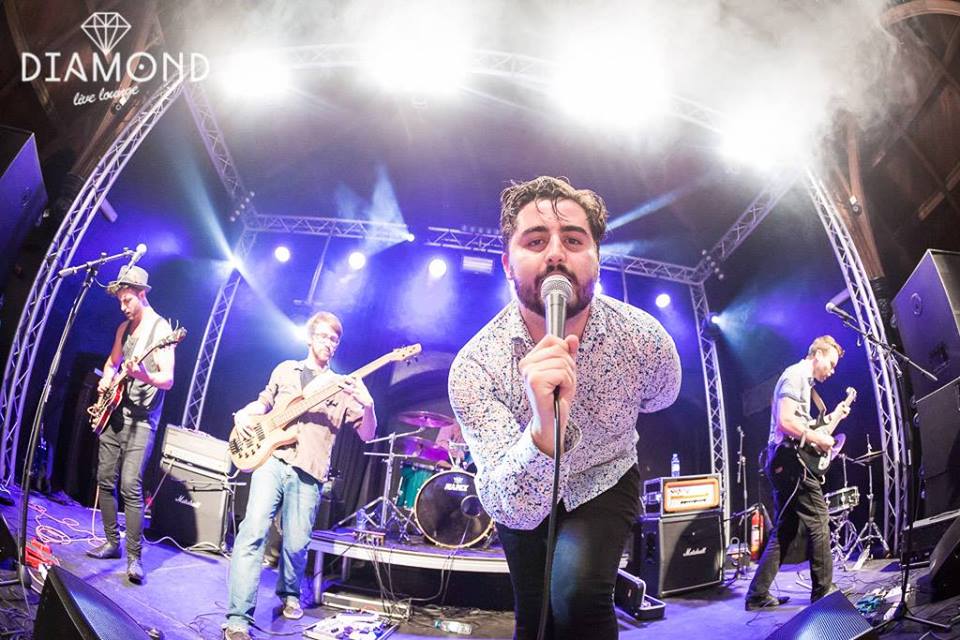 Hello internet. As this is my first review for Gig Pig I feel it only proper to introduce myself. My name is

Justin, I am 23, and I am a rapper/singer/producer/ café assistant/music enthusiast that resides in what many people refer to as “sunny” Rhyl. I am not going to plug my own music, as that would be whorish, crass and completely and utterly shameful. Instead what I’m going to do is review a band for you. As a reviewer I feel that it is my duty to give my honest opinion so that you, the consumer, can have a good idea of what you’re getting into. However, it should be stated that all my reviews are indeed subjective and completely biased, simply because, how can they not be? I think it’s pretty impossible to be completely impartial on these subjects, however even with that being said, I will try to remain as neutral as possible in the hopes that I give a well-rounded review.
So, let’s get into it then. The band we have today is called “Circus Wolf” and their new EP “Annie Baby”. It should be noted there is nothing remotely Circus or Wolf about this band. There wasn’t any fun, or mystique or splendour. There were no growling tones, or aggressive themes that warranted such a moniker. That was the first disappointment. The second came when I began to analyze the music. I was greeted into the EP with a track called “Adoration” which I think is about growing tired of fame, or feeling dissatisfied with it in some way.
It was hard to tell because the lyrics were very vague and kind of felt like they didn’t relate to each other. There were a lot of cliché notions being thrown around that felt a little stale to me. The music itself felt pretty dull to me, I certainly wasn’t hearing anything new in the slightest, nothing remotely experimental or complex, and there was nothing there that titillated me in any way. I didn’t feel like dancing, nodding my head or anything. I felt like I was hearing pretty much every indie band I’ve ever heard that I didn’t like. Which is a shame, because the guys can clearly play. The singer can certainly sing. Maybe my expectations are just too high.
Next track is a slower song “No illusion” which is about becoming your own person I think and losing a façade. However, yet again the lyrics meander and seem to be talking about a lost love which I assume was the inspiration to drop this way of being, but is not clearly stated. Again, it all felt a bit vague to me and I couldn’t quite connect with it on a personal level.

We then go into “Hardly Cupid” which is a bit more upbeat, the guitars take on a bit more of a groove and I admit I bobbed my head to this one. The song is about a stagnating relationship with a girl that is not quite as invested in the relationship as the writer would like. There’s a nice guitar solo in this and it was the song that stood out the most to me. It still lacked any real invention though, and despite it being the more well put together song, both musically and lyrically, it still wasn’t to my taste. I did like the part where the singer sang really high though, I actually thought it’d be better if he sang like that all the time, it was kind of angelic.

We then get into the last track “Sunny Haze” which is a reminiscent song about a lost love and the feelings brought on by that. It’s also about feeling good in the sun, being a kind of bad impulsive person (“I am the sinner inside you, but sometimes I break out” I think is the lyric) and also not being in love with someone. Again, the lyrics meander between themes and cliché’s are thrown around like original ideas. There’s a really cool 2 seconds of the song where the bass and guitar riffs drop into the chorus which I thought sounded cool, and I wondered why they didn’t run with that as a riff.

So, there we have it. Unfortunately “Circus Wolf” your sounds didn’t resonate with me, however I am sure they will with many people, considering the popularity of all the other very similar bands knocking about. Don’t get me wrong though, the guys can play, and the singer can sing. I just think they could really benefit from a little more focus, and perhaps a more spontaneous and feel driven approach to the instrumentation, rather than the measured and methodical approach they are employing here. So, how will they fair on my “Ultra Bias and Completely Subjective Star Rating Table”?

2/5
Don’t worry guys, you scored higher than Miley Cyrus did. I think these guys have a lot of potential in them, they got 2 stars for their effort, the good production, the good playing and the good singing. They didn’t get any higher because of the lack of creativeness, personality, focus, meaningful lyrics and making me a bit bored. Sorry again guys, I’ve tried to be as constructive as possible with my criticisms, and I hope they help. You may not in fact, even need it as I’m sure this style is working perfectly for you. In which case, keep doing what you’re doing.