Formed in Moreton on the Wirral in 2009, Pretty Silhouettes really do 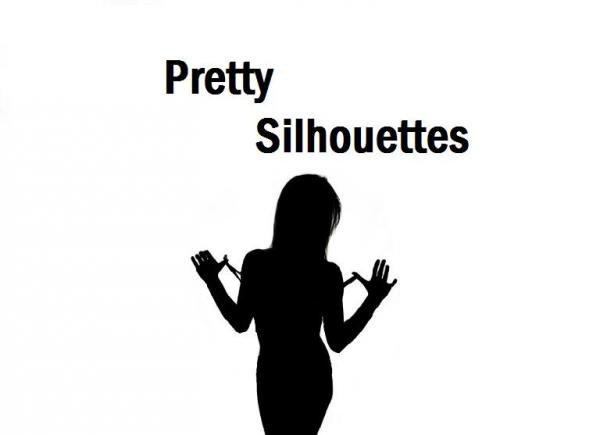 embody the meaning of Rock n Roll and truly authentic live music which inevitably has you on your feet.This unsigned band have undeniably been working hard since forming in 2009, with 2 E.Ps released to date: “Enjoy the Ride”, released in 2012 and their most recent, “For Whatever Reason” (which I must add, the album artwork is rather cool).Upon listening, I was sucked into a tunnel of nostalgia – throwing myself around in a dark, dingy, sticky-floored venue accompanied by a grungy, rocky, easy-to-dance-to band (Ah… those were the good days).

As promised, the band soon had me fidgeting and finding it hard to sit still, until I finally gave up and had a bit of a wiggle, falling back into my riotous early teenage years!

Their more indie-rock driven tracks such as “Dancin’ On The Dole” and “Take Your Chances” from their most recent E.P resonate something quite similar to that of the 90s Brit Pop Era, sparking familiarity with bands such as Oasis and Kasabian. “Dancin’ On The Dole” features catchy riffs and guitar melodies, whilst the drumming coincides harmoniously. I really like this track; It’s everything you would want from an indie-rock band plus a little more.

If you’re not into your indie-rock, then not to worry! Pretty Silhouettes also feature punk and punk-rock songs. Their punk track “Born To Hate” is a hard one not to love, a more fast-paced song which I could imagine really getting into at a gig. The drumming in “Born To Hate” superbly endorses both the almost muffled vocals and crunchy guitar work in this track. I could only imagine what it would sound like on big speakers in a brilliant venue – I hope one day to find out!

I am surprised that I have never previously come across this band, as their sound is something I was brought up on and is bang on to my taste. I am really pleased that I have been able to write up on them, as I feel that they are truly passionate about true Rock n Roll music. This passion is reflected in their music, which makes it that extra bit special. They have certainly been added to my wish list of bands to see, and I hope it is sooner rather than later!  If you haven’t given them a listen, do it already! You certainly won’t regret it.