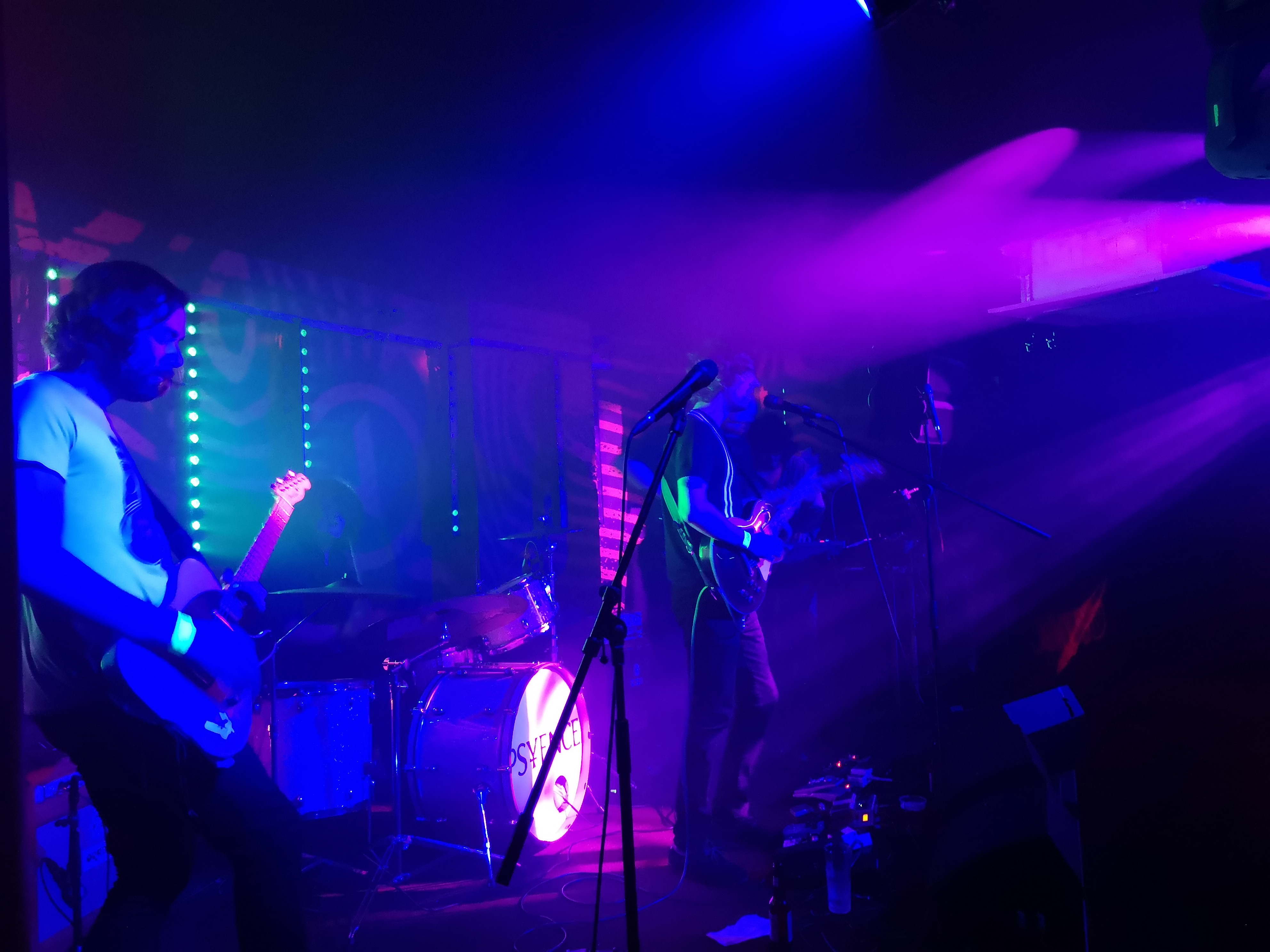 Psychedelic rock was about to sprawl itself across Liverpool on this muggy Friday evening, and for the love of all things kaleidoscopic I was going to put myself dead centre in the eye of the multi coloured storm.  The Stoke-on-Trent band Psyence were heading to Jimmy’s in Liverpool to showcase some of their new sounds from their new self titled debut album – Psyence.

This would also be my first visit to Jimmy’s, recently opened and located at the top of Bold Street (The Cabin Club building) in the city. Boasting seven-nights-a-week live music, a purpose built venue to showcase lots of different bands and styles.

Firstly a mention to Blind Operator and Black Smoke, both who were playing support at the gig. I was unable to catch your sets in full, and I wouldn’t like to do a write up based on the small amount I saw – so apologies. I will however keep a sharp eye out for when you’re next playing (or drop us a line) and get down.

I did however catch San Pedro’s Vision, a band I had recently reviewed at Phase One.

I was impressed when I first took in San Pedro’s Vision at Phase One and tonight’s performance hasn’t changed my opinion in the slightest. In fact, in many ways the band seems to have got tighter and look more comfortable in their sound. 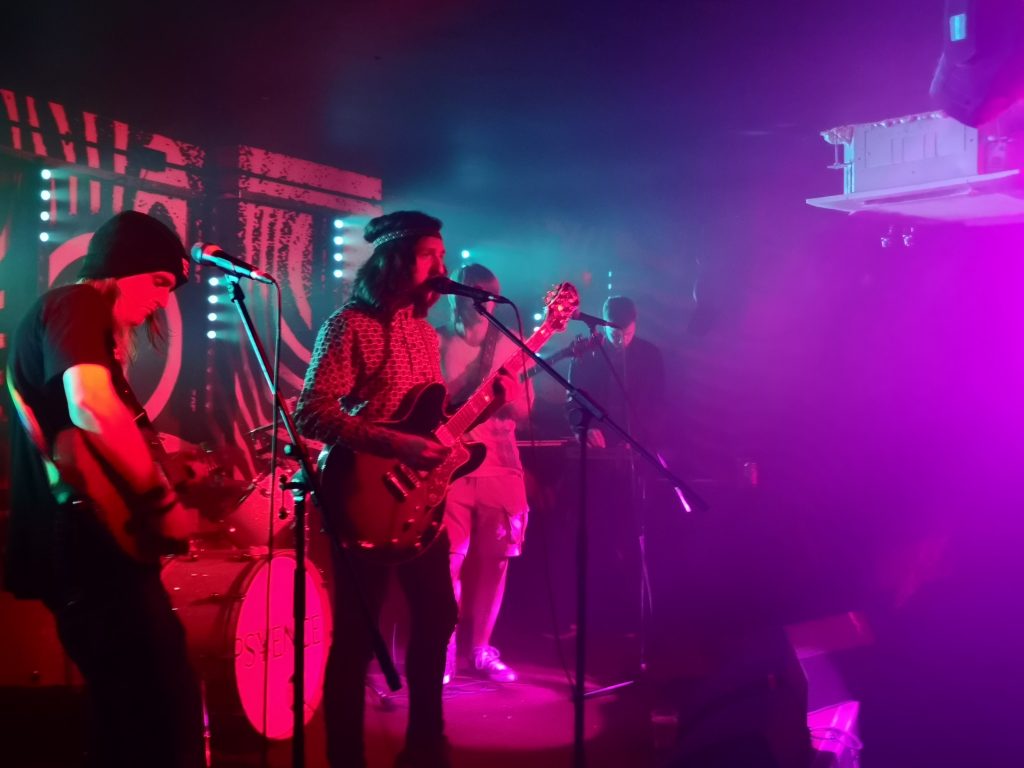 There was a decent sized audience in the Jimmy’s live room, a mixture of followers for the different bands playing, but they all instantly took to the band sound and energy.

‘Lonley Tales’ hitting the spot and for me capturing what the band sound is all about. Dreamy drops, a great mix of builds and hooks and great vocals. It lives a long time in the ear.

Another great performance from San Pedro’s Vision, I’ve said it before and here I go again – get out and see them live.

Next up were the headline act Psyence, I had heard some of their music on Spotify and knew what to expect – or did I? Psyence are beautiful live. Drenched in the stage lighting, an instant band presence even before strumming a note. From the music I had already heard I was expecting a very good band tonight, but after the first tune it’s clear Psyence are way beyond that mark.

Let’s make no mistake here, Psyence craft songs, tunes that are going to take you on a journey and forget about all the bad stuff for as long as they play. 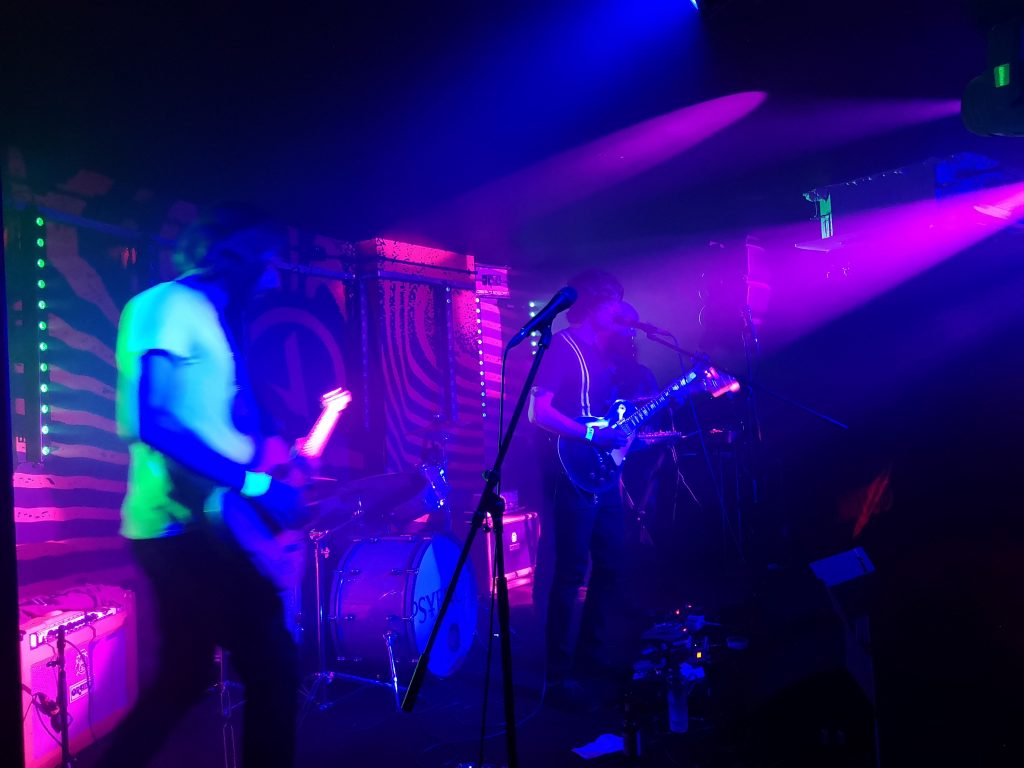 ‘Cold Blooded Killer’really kicked and had a Black Angels feel to it. I’m sure Psyence get compared to many different bands, probably the likes of Tame Impala, but there are lots of different Psyence flavours – it works.

Plenty of on stage energy, and that’s just from the dancing bass player! From keys through to vocals, the sound of Psyence is worth checking out no matter your music taste.