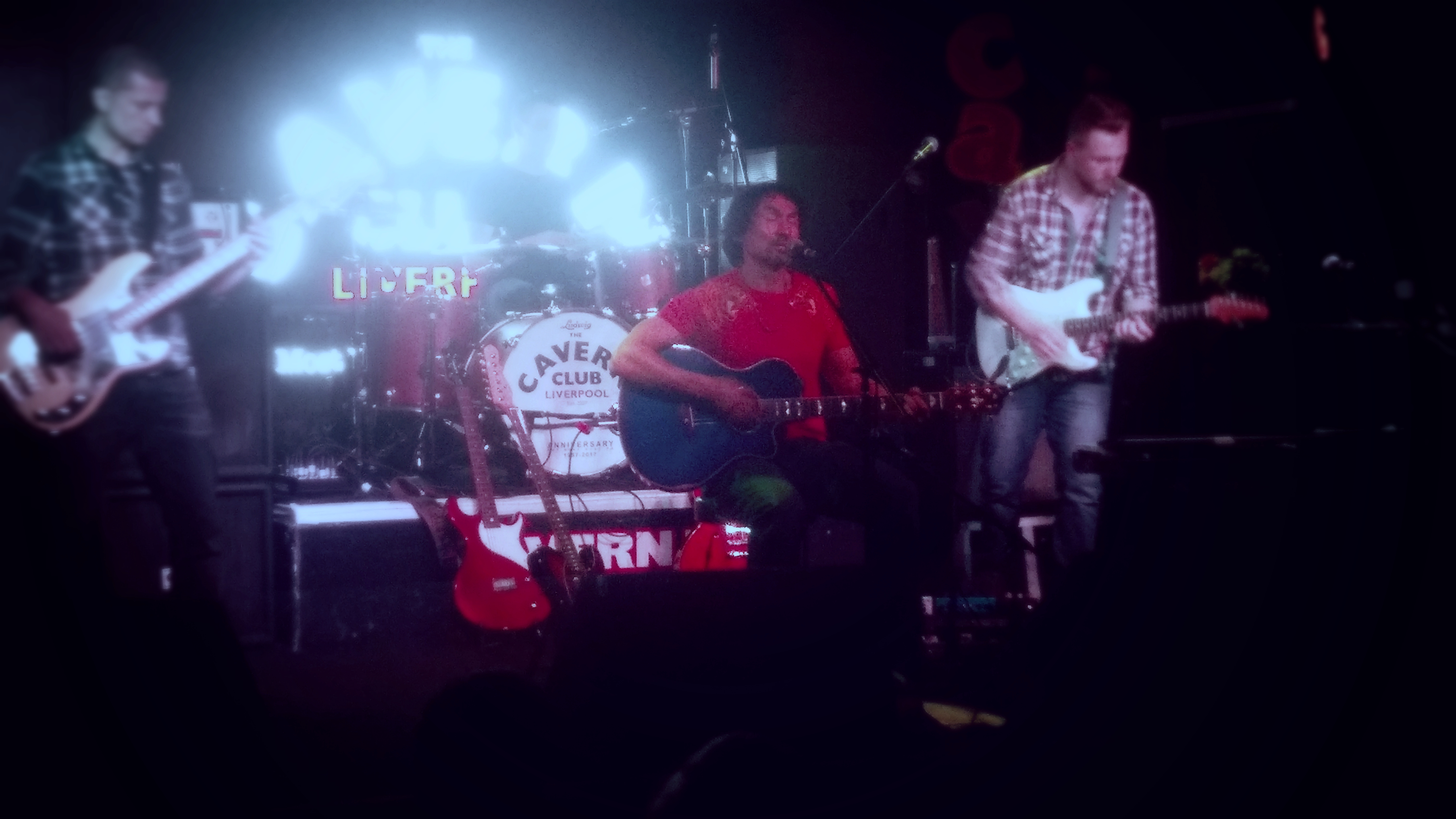 It was Halloween weekend in Liverpool (and probably everywhere else) and the Cavern Club seemed to be the hub for witches and ghouls for the evening. Luckily I wasn’t here to have the bejesus scared out of me, however I was hoping to be put under the musical spell of Steve Rodgers (see what I did there).

Steve is on a UK tour, and wisely decided to stop off at Liverpool to spread the word about his new album and latest single ‘‘I WILL GROW’. Liverpool is a place he knows quite well, having recorded his latest album at Elevator Studios in Liverpool.

I’m a huge fan of Bad Company and to a point, Free. Obviously led by his father, Paul Rodgers, big shoes to fill or even follow. But let’s get this right out of the way now. Steve is his own man, his own music and style. Yes, his voice can resemble his father’s, but really, who wouldn’t be influenced by such a musical giant, especially when it’s your dad.

Backed by his band (who apparently played a royal wedding) Steve took centre stage sat on a stool, surrounded by his collection of various guitars. The first thing that hit me about Steve is that he seemed a humble guy, no big entrance, just ambled on and got on with what he clearly loves and does best, write and perform music.

After listening to the opening songs of his set which immediately sparked up the mostly seated audience, Steve ventured over to his keyboard and performed a track called ‘ BlackHeart’ a brilliant tune which fully showcased what Steve is all about – composed music which has a pulse and is clearly drawn from experiences.

A set which included songs like ‘Head Up High, ‘Something About You’ ‘I will Grow’ (new single) ‘Shine Me Up’ made for an uplifting experience. There seems to be a really positive powerful message running through most of his songs, and hey doesn’t that make a change?

Listening to music which gives you a natural feel good buzz, clearly Steve has/is on a journey and this resonates through his music.

Steve also took time out in the middle of his set to answer questions from the audience, a nice touch and done with humor. He also made time to meet people at the end of his set, taking photos and signing merch.