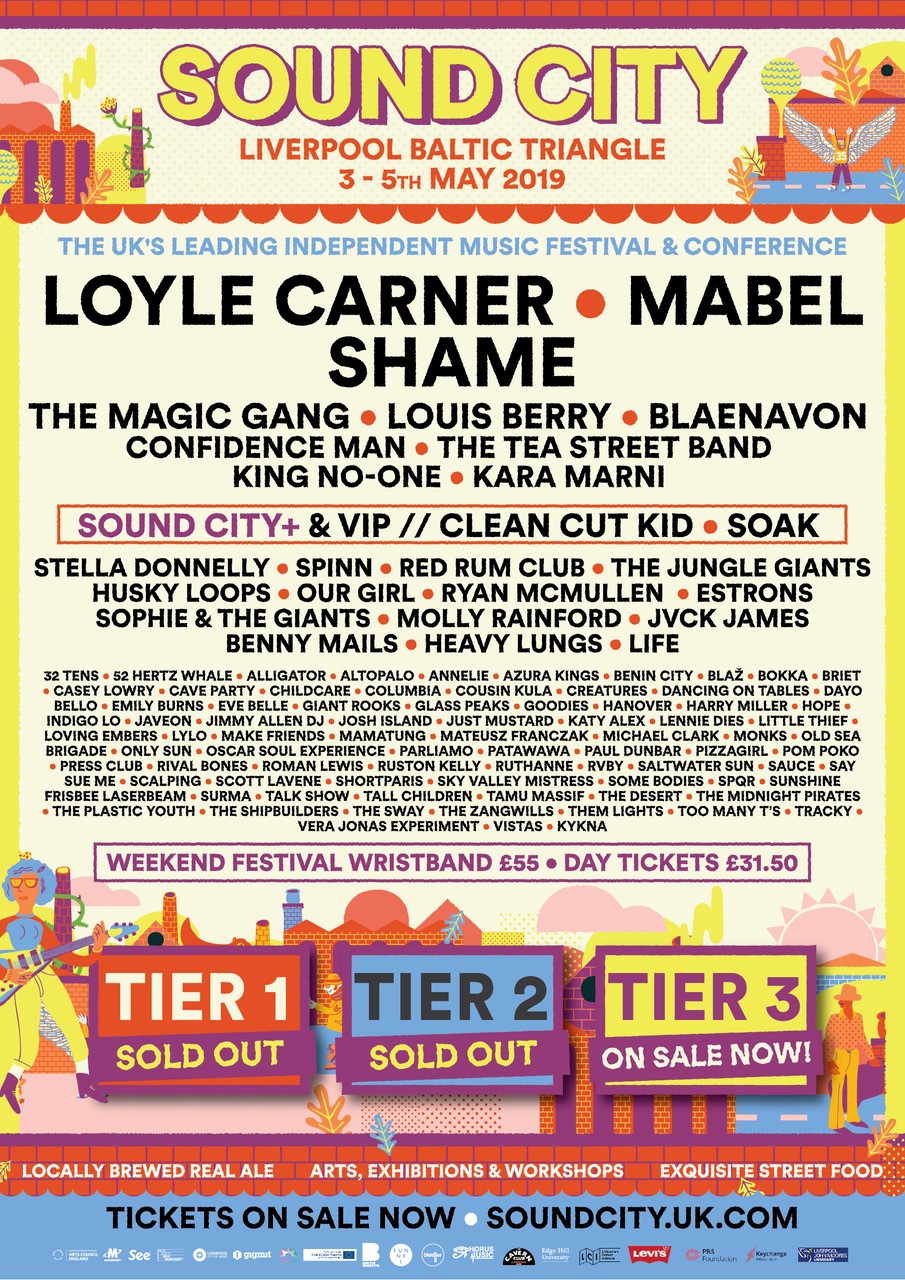 Sound City 2019 has announced its main wave of artists for this year’s 12th edition, following on from 2018’s spectacular sold out weekend.

As the UK’s leading independent festival for emerging talent, it is a definitive zeitgeist of sounds, styles and cerebral sessions. There’s a heady mix of amazing music from across the world mixed with a world-class conference, Sound City+, and a vibrant range of wider arts to be edified by and immersed in.

Taking place in a range of venues across the Baltic Triangle, Sound City is now back to its roots as a multi-environment weekend odyssey of discovery. Some of the most inspiring new artists and performers from across the world and closer to home will descend on the city, to revered headliners who set the agenda as some of the most illuminating names of their generation.

Leading the announcement are Shame, described as possibly the best band in the UK. The widely acclaimed group continue to create cultured, anthemic magic on stage, and will bring their best to Sound City. Next up, harmonious guitar band Blaenavon are awash with gorgeous melodies and heartfelt vocals, whilst the sublime Aussie outfit Confidence Man bring their dance-pop joy to the city. They join the already announced headliners including Loyle Carner, Mabel and The Magic Gang.

Then there’s the wondrous Stella Donnelly, whose lo-fi bedroom folk-pop is spiked with wit and feminist defiance, to Spinn who are the masterful Scouse feel-good four-piece, and energetic indie-rockers The Jungle Giants make the trip from Down Under. Further artists include Estrons, Benny Mails, Monks, Pizzagirl, Sunshine Frisby Laserbeam, Talkshow, Childcare, Emily Burns, Lennie Dies, Saltwater Sun and Tamu Massif.

The festival weekend will start with the Sound City+ conference on Friday 4th May, featuring a full day of illuminating, engaging and inspiring keynote speeches, interviews, roundtable debates, workshops, business meetings and much more at Liverpool’s historic Cunard Building.