I’m not the only one.

I know every middle aged person out there in the World asks themselves at least once a day, ‘What has happened to music?’ Lets just first define middle age. I think a fair age range to cover the middle age tag is 35 years – 55 years. I think its important to get that out in the open, such a grey area. I can already hear the shouts of the 56 year old’s who still bungee jump and partake in extreme sports of the weekends. But then I wouldn’t count a 56 year old as someone who was ‘old age’. Maybe its middle old age. Anyhow, what has happened to music? 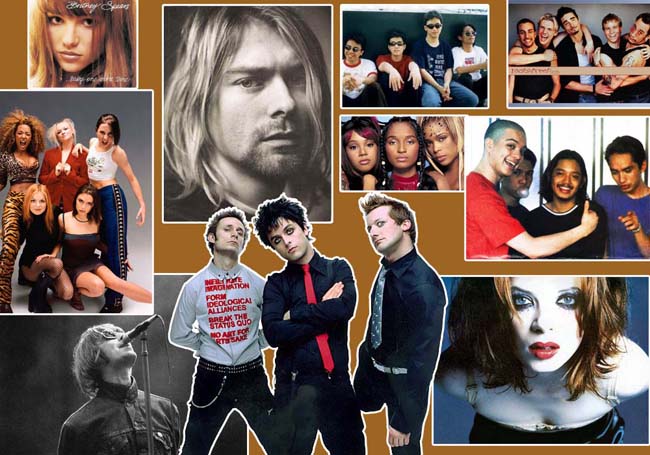 I am talking mainstream music here, music that rolls around the charts, music that is pumped day after day by your local radio station. Music that is normally endorsed by a really popular fizzy drink or music that is founded by votes from a T.V music show. It’s OK, you can say out aloud ‘What the hell is this?’ Yes you will be frowned upon and will probably sound like your old grandma when you utter the words ‘Don’t make them like in my day’ But its true. For at least the past 5 years mainstream music has been one large bag of vocally synthesized, passionless, soulless mush of pants. Even in the 90’s we would get real bands leaking into the mainstream charts. Songs that hadn’t been constructed with 7 producers and hooks purchased from a lyric database somewhere in Sweden.

We had Mike Jackson doing weird things with animals and wearing one glove. We had Oasis spitting at people and Blur trying to be street. We had Nirvana and Perl Jam being angry at each other and anything really. We had Brit Pop. We had the collision of dance music against guitar music. We loved switching on the radio, hearing new creative sounds, something different. Where has that gone? I’ve sat here waiting for it to happen, that first band to make a bold move and shake up the mainstream music World, but I have blisters waiting around.

It’s easy to point fingers at who is to blame. The countless music reality shows, the World Wide Web, the music production houses who are relentless in churning out dire sounds, backed with huge marketing budgets. However after months and months of research (20 minutes) I can now reveal who is to blame for our current stagnant musical state, his name is Daisuke Inoue.

In 1971 Daisuke Inoue created the karaoke machine. Even to this day there is dispute on who actually invented it, I’m not surprised, nobody wants to shoulder the burden of the ‘death of music’. Imagine having that title? and this is my friend, he killed music. Even the word karaoke translates into ‘empty orchestra’ what more proof do you need? My theory is a simple one (no surprise).

You see, music in its day was for ugly people (stay with me on this) they would go into dark rooms with instruments and write music about being ugly, being hated and also bemoaning the fact that they never had a good hair day. Daisuke changed the whole dynamic of music the day he put his first karaoke machine in a club. Clubs are where the good looking people hang out, where they party and swing their hair.

They had no desire to write music, they had no inner pain they needed to externally express, everything was amazing for them. But then the day came when beautiful people picked up that karaoke microphone and sang old classics really badly, but people didn’t boo them, they clapped and cheered, giving beautiful people the allusion they could actually sing. Wind forward to the present day and karaoke has morphed into today’s production houses, todays music TV shows, today’s mainstream music. Get on Youtube, sing to a backing track, show a bit of buttock and you are halfway to the danger zone.

We need more angry ugly people back in music (Tom Waits isn’t going to be around forever) they are the holy grail, they hold the key to change, find one, give them an instrument and lock them in a room for a month.

That’s what has happened to music.