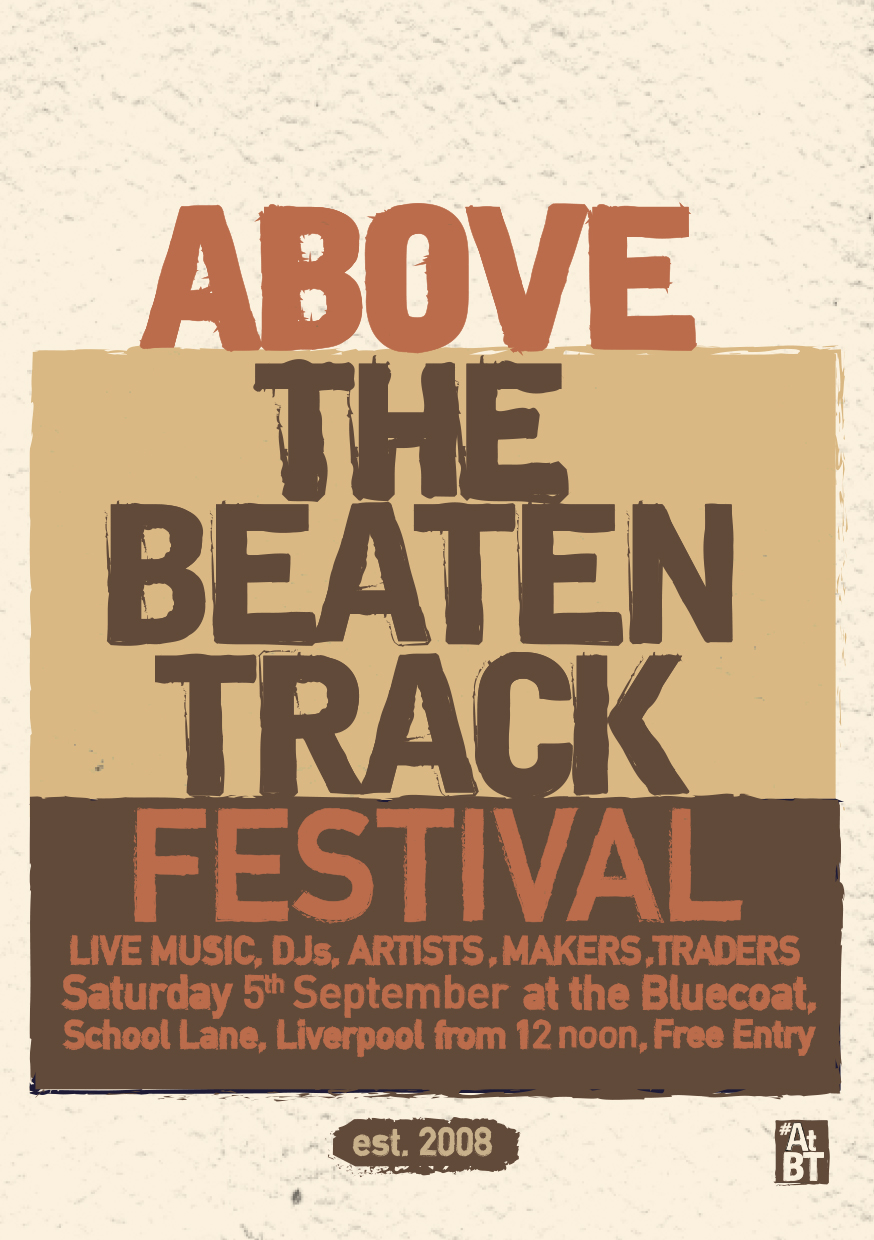 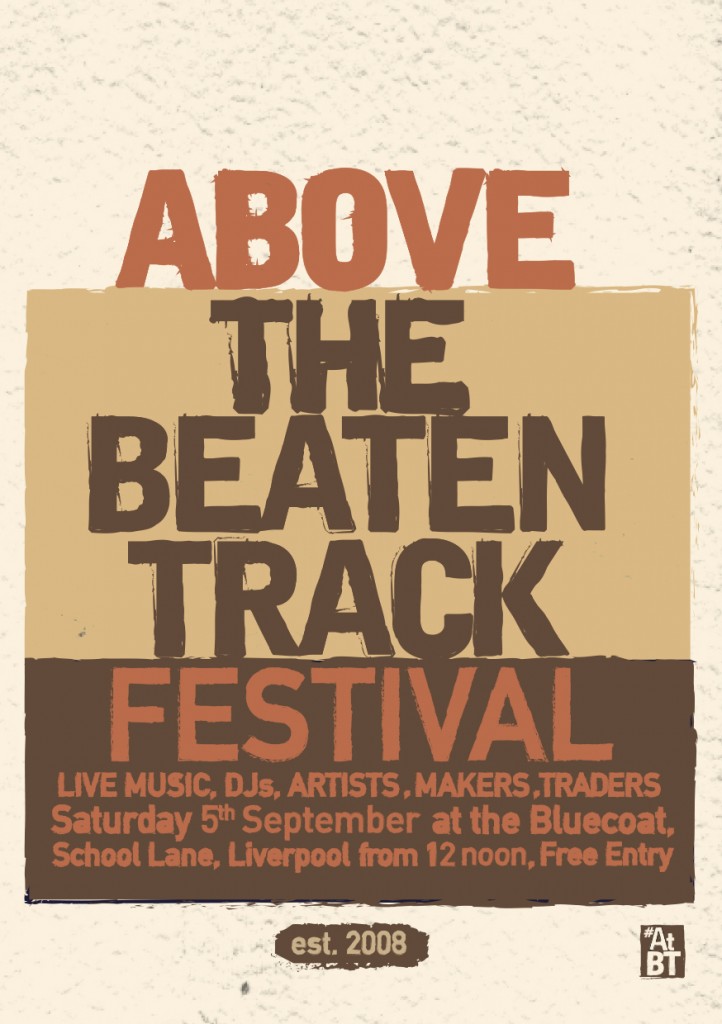 Liverpool’s grassroots festival, Above the Beaten Track returns to the Bluecoat for its eighth year this coming September.

The festival re-located to the Bluecoat in 2010 to cope with growing demand. Originally conceived to celebrate the range of diverse songwriters in the city, it has since expanded to reflect the full range of musicians, DJs, artists and makers of Liverpool to provide a fully immersive cultural experience.

Underpinned by a strong philosophy of inclusion, the free festival’s intention is to uncover the best of Liverpool’s acoustic underground. Above The Beaten Track prides itself on being a festival for Liverpool, celebrating its original and emerging talent.

Bryan Biggs, Artistic Director at the Bluecoat said, “Above the Beaten Track returning to the Bluecoat in 2014 was really welcome.

The event presents some of the best grass roots music talent in the region, and the format of the festival seems to suit the Bluecoat, with its informal atmosphere and accessible and varied spaces. We look forward to working with them again, which promises to be another packed day of quality music and associated fun!”

Get more information at: http://abovethebeatentrack.co.uk

Need a place to practise in Liverpool?
Liverpool: Next Stop New York