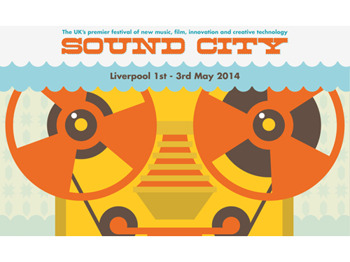 The dust has settled on Sound City 2014, so we thought we would slap up 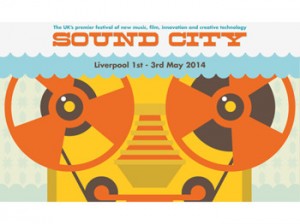 our last installment of our Sound City 2014 review trilogy. In this year’s Sound City festival 2014, whipping up a buzz of musical excitement and urban commonality in the streets of Liverpool in early May, there were a few performers that weren’t actually just plucked out oblivion, fresh faced and brandishing an acoustic guitar like a machete. Unsurprisingly, these were the people that were my priority, most notably Clean Bandit and Kodaline, who you know are the most recognized because they got to perform in the cathedral as opposed to being stuffed in the corner of a cafe, knocking out ravers with their instruments when they turn 4.6 degrees to the right.

On the first day of the festival, the undulating sound of Clean bandit filled the echoing walls of a truly breathtaking piece of architecture, giving the festival a real element of quality. The band itself consists of four members fresh from the halls of Cambridge, who look like one of those groups from the X-factor that are made by getting an attractive young person and putting them together with other attractive young people. Refreshingly, they’re a mixed group with both men and women, all looking ready to prance in front of a camera and sounding exactly as good as they do on the radio. All of them provide strong vocals and, using that as well as a number of different instruments, create a great mix of sounds, particularly improved by the use of strings compliments. What’s more, they all had fantastic stage presence, seeming so comfortable on stage they may as well have took off their shoes and ate some Doritos mid-song. (Side note: for any lady readers, you might want to Google the violinist (ahem Milan Niel Amin-Smith). Trust me on this one.)

During the last day of the festival, the cathedral was graced with yet another attractive group of disproportionately talented musicians, this time it being Irish gem Kodaline. Their album, In a Perfect World, went to number tree in the UK, you can get it for about tree fiddy on iTunes. Irresistibly energetic or heart-wrenchingly emotional, their songs and the boys themselves are truly excellent, seemingly genuinely down to earth despite their immense talent. The drummer, for one, managed to sing backing while playing the drums like frickin’ Cozy Powell, and one of the guitarists produced the highest-pitched note I’ve ever seen come out of man’s body. If I hadn’t have been looking I would have thought Miley Cyrus had swung in for a surprise entrance. In short, everyone was contributing equally and working in perfect, affable harmony.

But the most credit has to go to the lead singer, Stephen Garrigan, who I saw play the guitar, keyboard, harmonica and tambourine. He can probably play them all at once. While baking a Christmas cake. With an enchanting voice and the face of a pretty-boy Irishman stereotype, they’ll only be increasing in prominence in the charts in the future.

With acts like these, the festival can only be described as a success. You can find our other two Sound City 2014 reviews here & here.