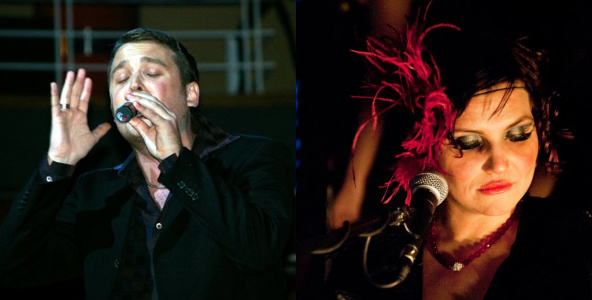 Two leading Liverpool vocal coaches have been selected amongst a very small group of elite professionals who will teach at the VocalizeU conference in Hollywood, Los Angeles this summer.

Ian Davidson & Kaya Herstad Carney of Balance Vocal Studio, based on Wood Street will travel out in July to teach at the retreat, which focuses on great

performance and vocal ability in music. The world-class event takes place from July 10th-19th and includes lessons from practitioners who have worked with Stevie Wonder, Pharrell Williams, Beyoncé and Rhianna.

Kaya now works at University of Cheater as a lecturer of popular music and prorgam leader for the MA in Pop Music. She is also a musician well known to the Liverpool scene having supported Brett Anderson (Suede), The Wombats, Lamb and The Farm. She has become one of the most sought after vocal coaches in the UK and now specialises in teaching singing teachers through the BAST (Become A Singing Teacher) course.

Ian , who has just returned from Lecturing in Musical Theatre at the Institute of the Arts Barcelona, is amongst the best vocal coaches in Britain and has been invited all over the world to share his wisdom including Spain, Malta, USA, Norway and Switzerland. He has contributed hugely to the burgeoning music scene of Liverpool with clients such as Dan Croll, Esco Williams and The Staves. More recently he collaborated with Guy Chambers on the Justice Collective Christmas No.1 “He Ain’t Heavy, He’s my Brother”.

For more information on Balance Vocal Studio you can go to www.balanceyourvoice.com