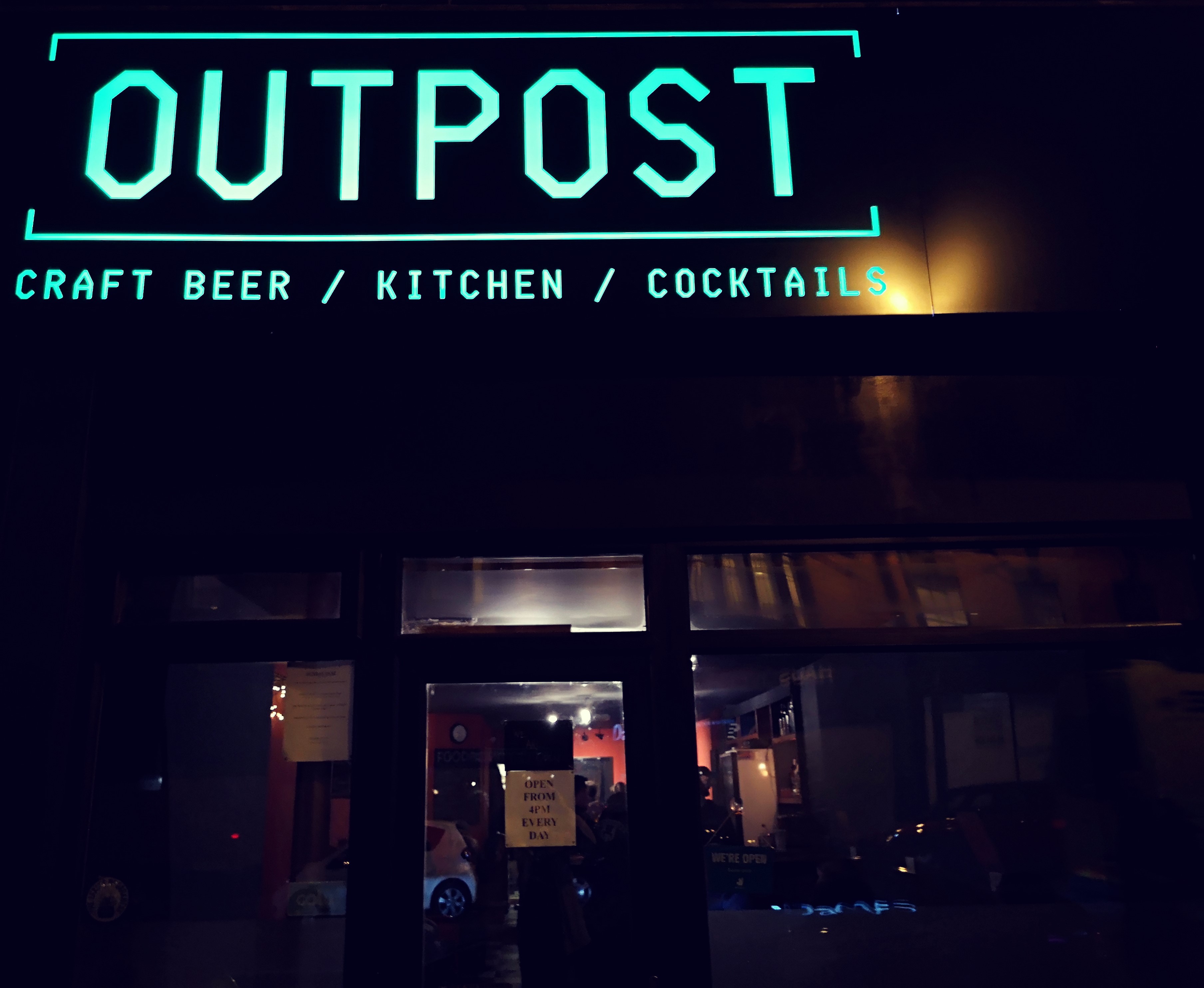 If you’re the kind of person that loves pizza and loud music, and reside in the beautiful city of Liverpool, there is every chance that you have visited Maguire’s at least one time in your life. Nestled within the row of eclectic buildings on Renshaw Street, Maguire’s offered plenty for those seeking music pleasure. When the announcement came that the venue was closing, there was a collective sigh around the music community – ‘another venue gone’.

However, fear not my friend, because I bring you good news. The venue is back, with a bang and new owners, sailing under the name of Outpost!

Offering up craft beers, cocktails, food and of course live music, Outpost is something most definitely to shout about.

Tonight’s line up was billed as a tribute to Maguire’s, with familiar faces from the old venue including Spanish Announce Team.

There have been a few changes within the venue (with more on the way), new bar configuration, a gleaming new sign and lots of craft beer on offer, but the venue hasn’t lost its ability to create a great atmosphere. 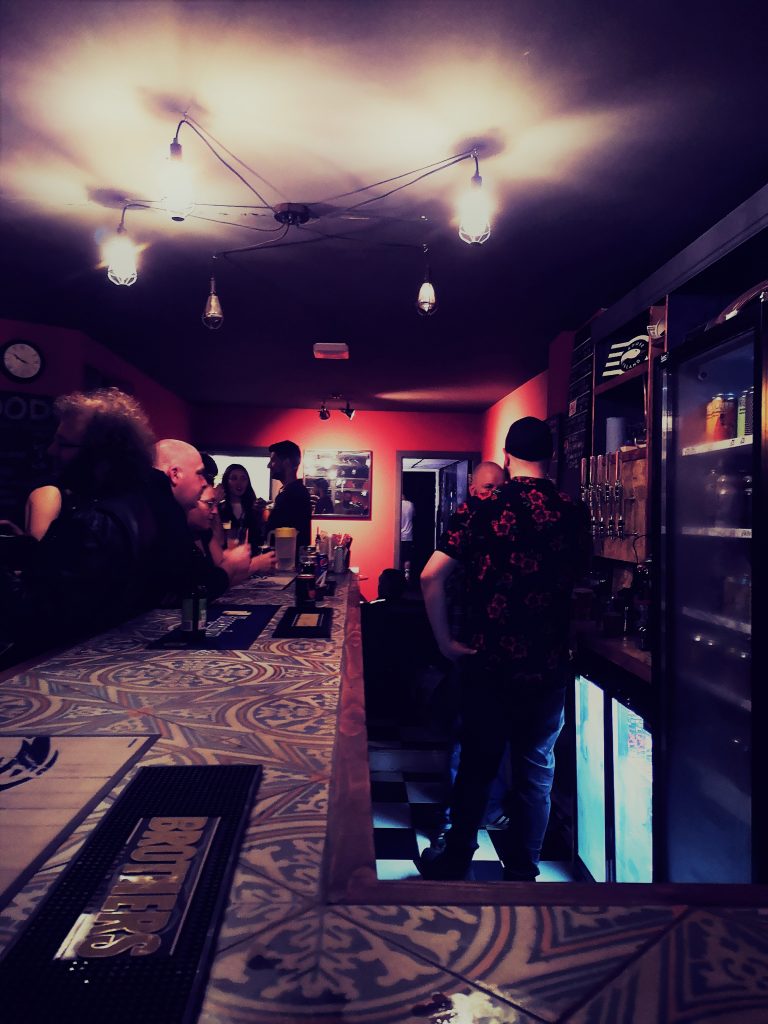 And let’s talk about that live music room at the back of the venue. When you think about going out to a gig to watch a local band, you hope for a room where you can get close to a band, great sound and lighting, a room with character and heart. The live room at Outpost ticks all those boxes, and a little bit more. 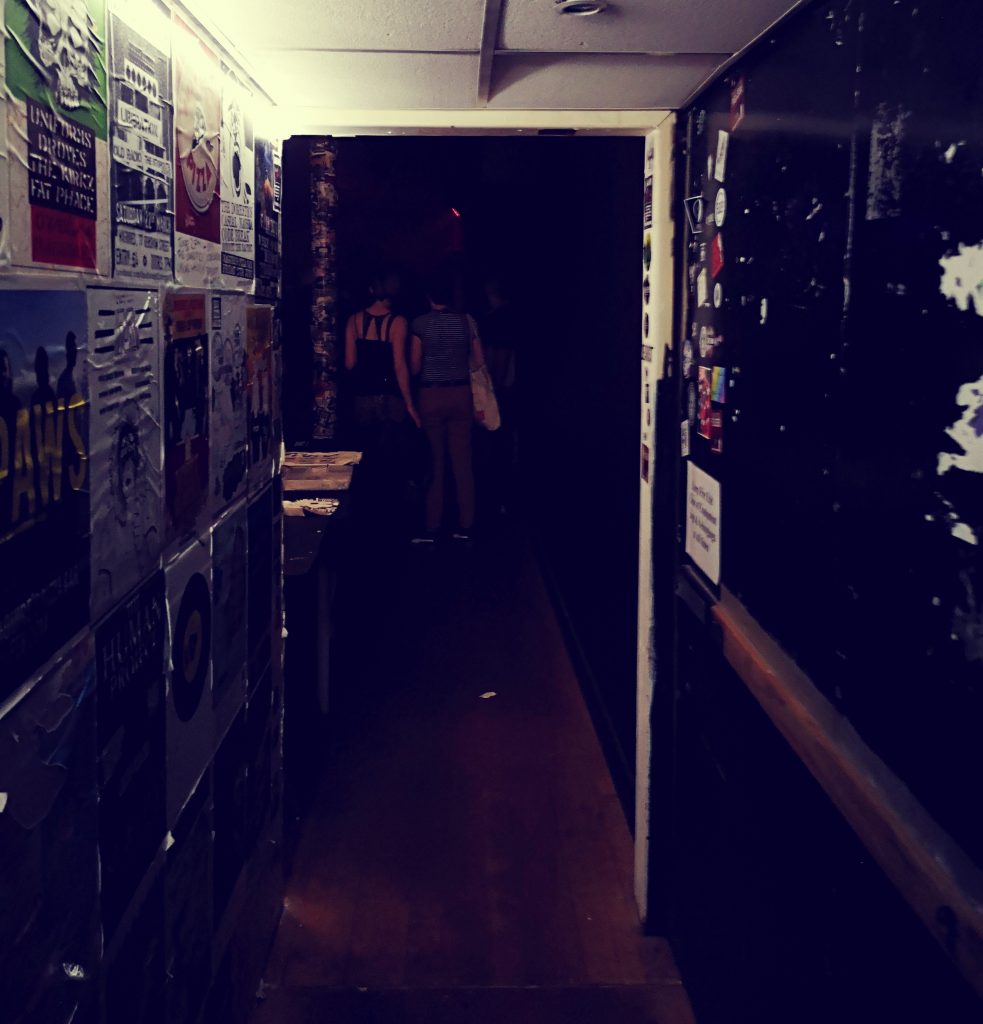 So over to the music. Firstly I must hold my hand up and say sorry to Code Break as I arrived later than first planned and missed their set. I’m an arsehole. I will however catch up with them again. I did arrive in time to see a number of songs by AVAS, a band that I had never seen before. Bags of energy from the lead singer who never stopped moving, taking full advantage of floor space and getting up close with the watching crowd. It’s Punk Rock, no it’s Hardcore Punk, wait no it’s Punk that has been spun with a big dose of America and rolled around in a bag of catchy hooks. Whatever it is, it’s bloody good and indeed loud. Check out their Facebook page 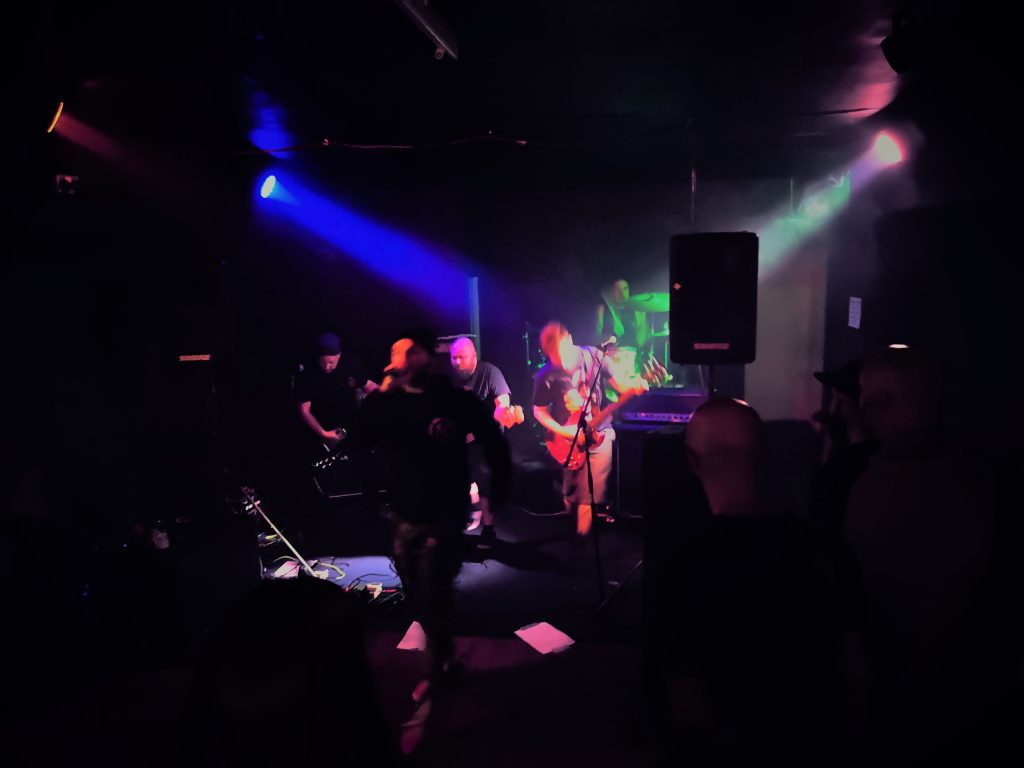 Spanish Announce Team enter stage left, equipped with wrestling masks and attitude. Who are they? Where did they come from? You get pretty much everything from a Spanish Announce Team gig. Loud music, wrestling masks, between songs chat and finger pointing chants. A surreal experience of watching a band play live but asking yourself, ‘what’s going on’ or ‘am I dreaming’ – Spanish Announce Team never fail to deliver on all fronts. Rolling out belters like ‘I’m an arse man’, which starts off with a screaming vocal of ‘I’m an arse man’ you can’t help yourself getting drawn into their world, albeit a bit scary. But beyond the masks, the chats about IKEA and larking around, these guys can play and know how to create a gig that you won’t probably ever forget. 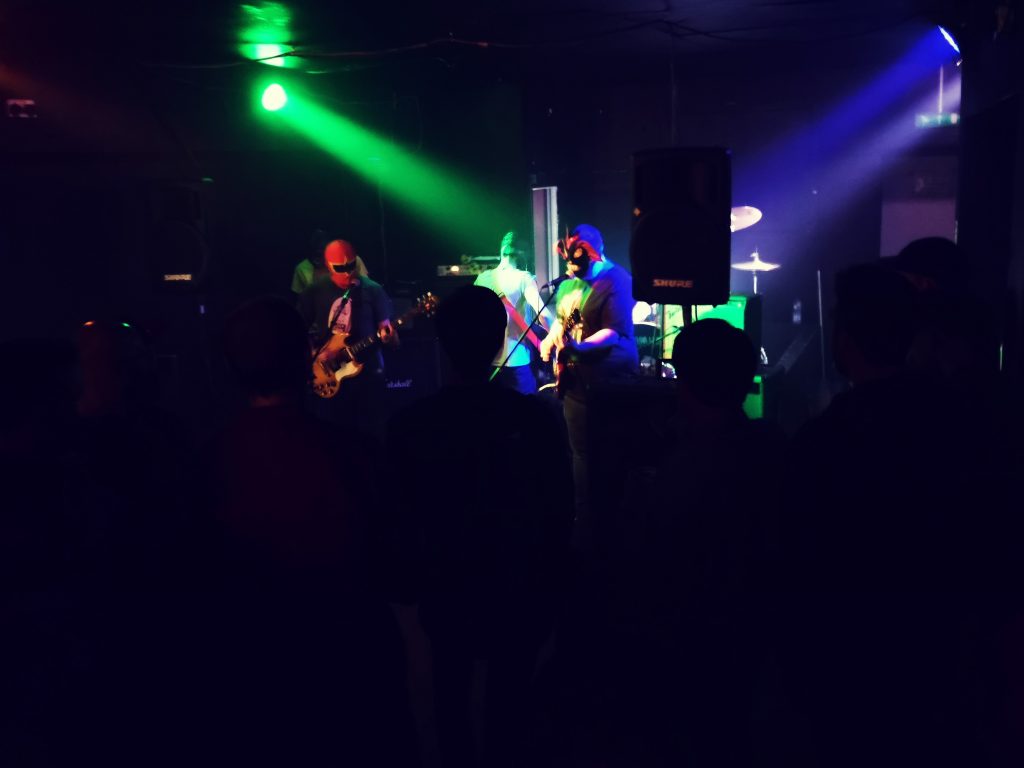