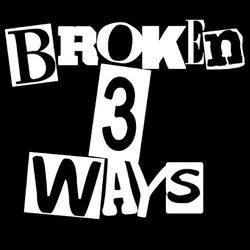 Specials, a band who some consider (me included) to have paved the way for Ska punk. The harsh guitar chords and raw vocals of punk music combined with classic ska rhythms result in a cool sound. You can bop your head chilfully one minute and then glue your hair into spikes the next. Broken 3 Ways do this well. They take the “do-it-yourself” ethos from punk music and mix it in with a skank on the offbeat to get the perfect ska punk atmosphere.

I listened to 3 of their songs (the free ones – bit stingy of me) to get a feel for them. The first song, Top Of The World, starts with a cool guitar intro followed by the perfect ska drums. The thing with drums in ska or reggae is that they often sound the same and include the same little drum fill. That’s not a bad thing, it always sounds good. Ben Green, the drummer, switches it up though. One minute he’s all Bob Marley and the Wailers the next minute he’s playing some sick punk rhythm – props. Another massive feature in the band is the saxophone. How cool are saxophones, though? Proper cool. The sax comes in and does a solo, which is sound, love it. The best bit in the song, for me, is the chorus. Pure catchy and easy to sing along to, or shout, the bit where the lead vocalist sings “Yes I Will!’ will have you shouting it straight away. Especially when it goes right into “I’m on top of the world” which sounds like a man who might not actually be. I don’t know, that’s just what I’m getting.

The second song, You’ve Been Gripped, is a lot quicker than the former. It’s also a lot harsher all round. The guitar is quicker, the drums heavier and the vocals are way more raw. They’re so raw. How raw you ask? It’s like I ordered a steak and instead they brought me a cow and were all “here, have a bite”. That’s how raw. Again though, it’s so catchy. It’s hard not to hum along to as if you know the words (which I now do). This one really has a angry tone. They really don’t like the neighbourhood watch. The riff is quick and jazzy. The backing vocals are distant and layered. The sax makes an appearance, it gets better every time, I swear. The song definitely becomes punkier (is that a word?) towards the end. The only thing I really want to say is that there’s a point in the song where I was expecting a big drop into a smooth chilled ska song. I thought that’d have been amazing, one minute it’s all fast and angry, the next it’s as chilled as Fonzie in a fridge, That didn’t happen though so I was a bit gutted.

Work On It is the third and final song I’m going to talk about. The saxophone is so smooth, but we’ll get to that. The guitar intro was sexy and similar to Top Of The World. In comes that sax, kicking ass in way only ska punk music would let you. There’s a lot more keyboard in this one than in the previous two, you have to listen out for it though. Again the vocals are harsh, not really singing, more shouting, but it’s punk music so that’s fine. There are a lot more backing vocals. Shout and response vocals are big plus as far as catchy songs go. If there’s a bit in the song where the vocalist is waiting for me to shout back then I’ll remember those lyrics. It does make you wanna bounce.

The winner of the newly made up best song competition (by me) goes to Top Of The World. I just preferred the vocals on this one. I love a raw vocal but I do like some singing as well. In this one there was a little bit more meat (hahahaha get it? Cause, raw?) to the vocals which goes a long way for me. Massive shoutout though for having appropriately timed songs.