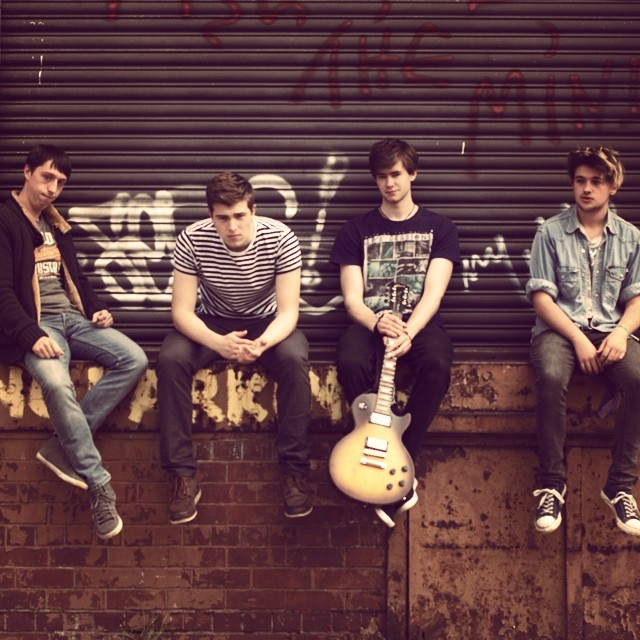 want their music many different ways depending on what mood they are in or how many shandy’s they have had. It was only yesterday that whilst making a cup of tea I screamed ‘For the love of God why isn’t there a fancy handsome young dynamic sounding band out there that the girls will love with music that isn’t shit!’ It was after the scream and a few breathing exercises I decided to review Lowlanders – was it divine intervention, did God hear my scream of woe, or was it just coincidence. Probably.

Lowlanders a 4 piece residing in Liverpool bring something old and something new to the musical table. The first thing that hit me when listening to ‘Resolutions’ is energy. But the kind of energy that hasn’t been deliberately put in place, a genuine buzz about the overall vibe on this track, it’s like a well shaken bottle of Fanta being opened. Clean crisp guitar chords which are being played with grit, a clean punk chord opener with drums that are not just there for the ride, but want to make a difference. This is the ‘old’ that Lowlanders bring. It’s reminiscent of a Punk/Alt Rock vibe minus any raw screams and snarls. Vocals are loud and full of spirit but smooth around the edges and it sits well.

‘All Night City’ is the second offering from the band. A more involved tune than the previous track. Nice builds to start the track off and into a cool guitar riff. A more ‘fatter’ tune and sounding more indie rock. Dropping it right down across the middle eighth, it’s clear these guys know how to play and play they do.

I haven’t seen Lowlanders live yet, I understand they are playing The Zanzibar in October. A great venue for this kind of canned energy music. It will be interesting to see if that energy and tempo is transferred onto the stage live. Oh and the ‘new’ that Lowlanders bring. A cool looking band (I know that shouldn’t matter, but hey it does) that plays pretty fucking cool tunes.  Whoever becomes their manager will have an easy ride.